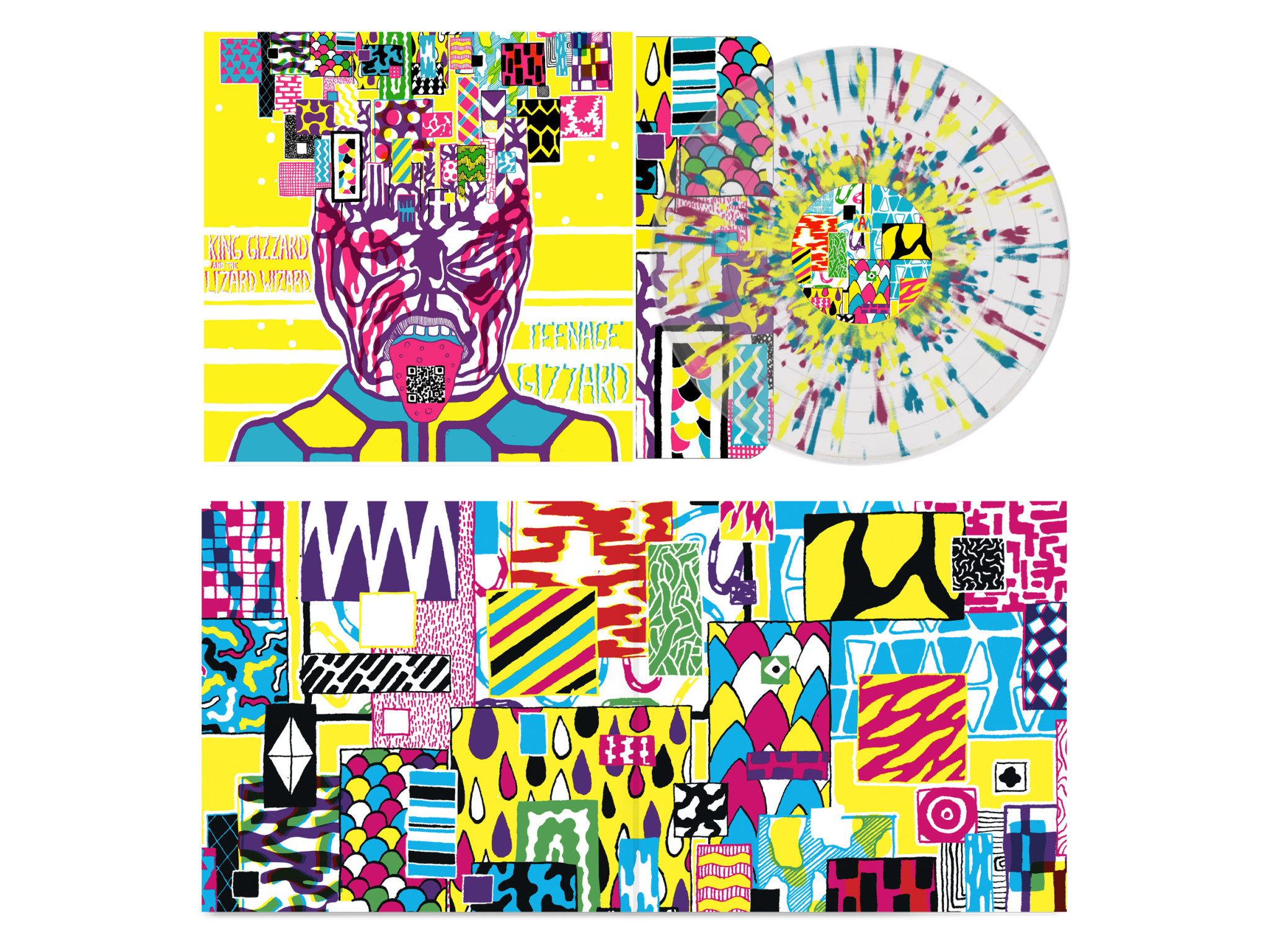 Splatter effect vinyl. The Teenage Gizzard album compiles King Gizzard & The Lizard Wizard’s early recordings dating from 2010-2011, including singles like Hey There, Ants & Bats, Sleep and Summer as well as the extremely rare Anglesea EP. This ten-track collection of lo-fi garage/surf-rock transports the listener back to the band’s inception, providing a snap-shot of a more raw and primitive King Gizzard & The Lizard Wizard before they morphed into the prolific, constantly-evolving group we know now. The Fuzz Club Official Bootleg version is remastered by Brett Orrison (The Black Angels, Jack White) exclusively for Fuzz Club. With exclusive artwork, it comes on 180g coloured vinyl in a hand-numbered tip-on gatefold sleeve with printed inner-sleeve. It’s a reverse groove record that plays from the inside to outside.