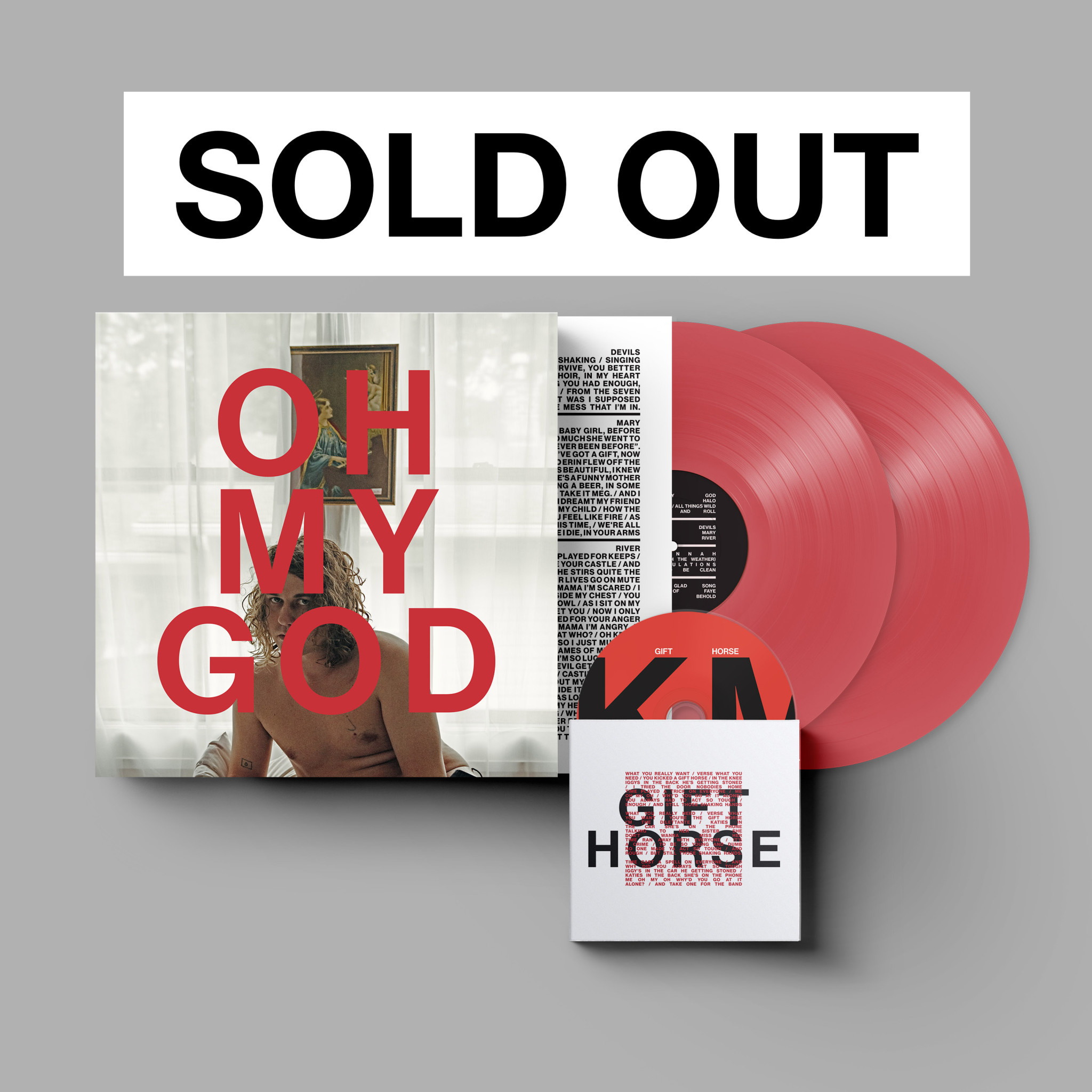 Dinked edition: Opaque red vinyl, alternative artwork and bonus CD Gift Horse. This is Kevin’s opus - a 2LP concept album on spirituality and religion. Throughout his four solo albums and myriad records of various collaboration, Kevin Morby has recognized in his work the ubiquity of an apparent religious theme. Though not identifying as “religious” in the slightest, Morby—the globetrotting son of Kansas City who has made music while living on both coasts before recently returning to his Midwestern stomping grounds—recognizes in himself a somewhat spiritual being with a secular attitude towards the soulful. And so, in an effort to tackle that notion head-on and once-and-for-all, he sat down in his form of church—on planes and in beds—and wrote what would become his first true concept-album: the lavish, resplendent, career-best double LP Oh My God.