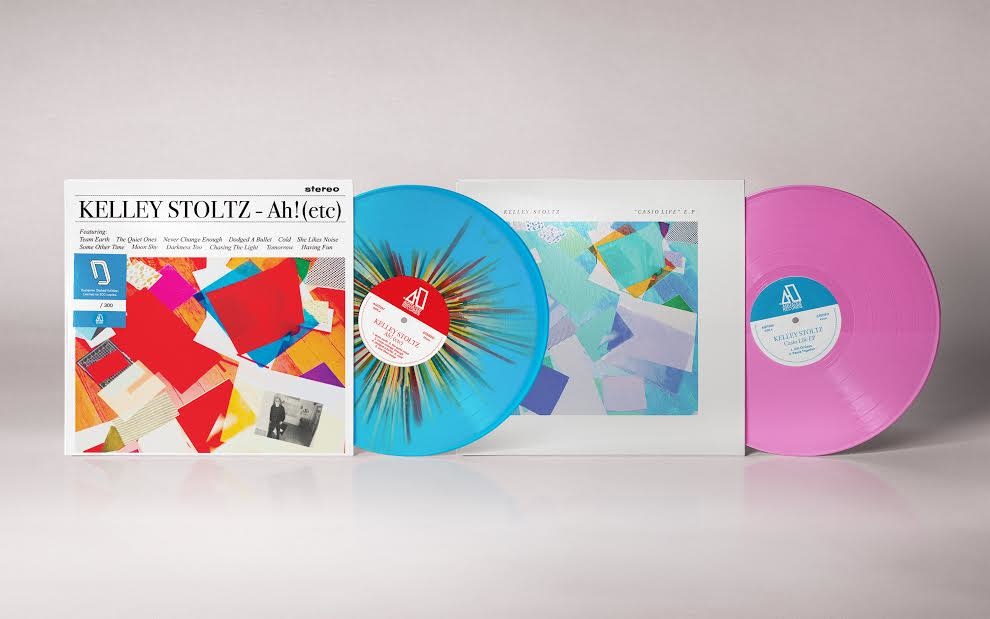 Dinked edition: blue splatter coloured vinyl, includes exclusive pink coloured 4 track 12" Casio Life EP, limited to 350 numbered copies. A quick follow up to his more power pop and pub rock LP only Hard Feelings offering in the summer, Ah! (etc) finds Stoltz returning to his sweet spot, writing songs that never were, but should have been in the 60’s and 80’s. As with other LPs Stoltz makes virtually every noise on the album which was written and recorded in 2019 at his Electric Duck Studio in San Francisco. A few friends popped in to play along... Stoltz former bandmate, Echo & the Bunnymen’s Will Sergeant adds electric guitar to The Quiet Ones a sort of Scott Walker lyrical take on strangers and neighbors. Karina Denike formerly of Dance Hall Crashers adds gorgeous vocals on the bossanova groover Moon Shy, where Sergeant pops up again in a spoken word role on the outro. Allyson Baker of SF’s Dirty Ghosts sings on She Like Noise, a song Stoltz wrote for her in celebration of her love of seeing live bands. The album was mastered by Mikey Young in Australia.