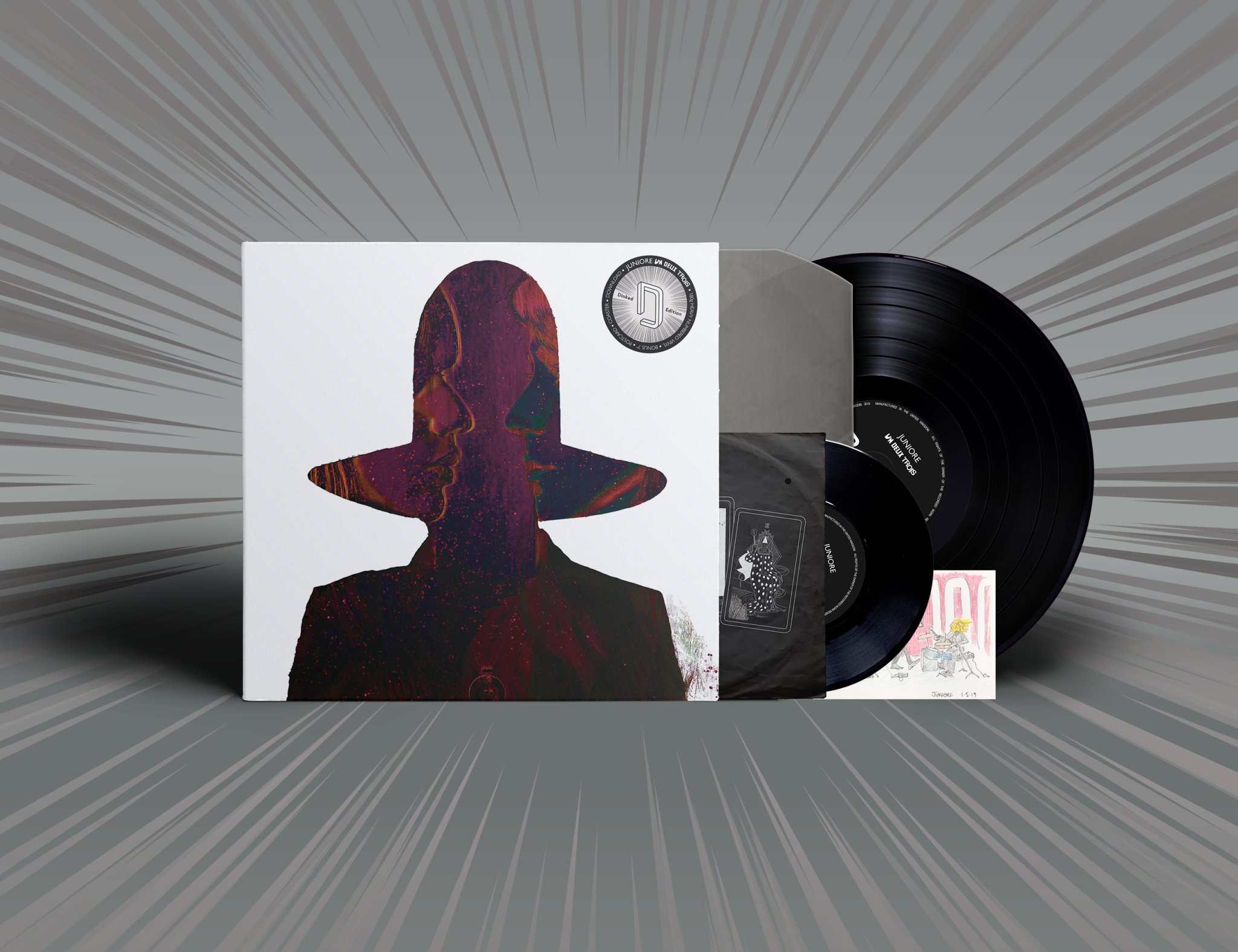 The “yéyé noir” of Juniore has always been rooted in the cinematic as much as the musical. The Paris outfit’s blending of 1960s French pop, hazy psychedelia, seamless pop, surf grooves and lush orchestration feels as intertwined with big screen aesthetics as greatly as it does being found in the grooves of vinyl. So it makes perfect sense that the band would sooner or later find themselves appearing on more film and TV soundtracks, including the universally lauded drama Killing Eve.

It marks a period of continuous upward trajectory and forward momentum for the band who, since the release of their acclaimed 2018 album Magnifique, have been exposed to more people all over the world via stages and screens. From playing huge venues to thousands of people opening for the likes of the Dandy Warhols, to “corners of dive bars with duct tape holding the stage together” the band have been solidifying their sound, approach and relationship by playing extensively. “We’ve become more connected and better musicians,” Says the band’s songwriter and singer Anna-Jean. “I think the new songs are full of that wonderful conversation we have with each other on stage.”

It’s this sense of deeper understanding that the band have reached between one another that has allowed them to record an album that sounds as natural, graceful and seamless as this one. “We are now even more who we are than before,” she says of their musical and personal bonding. “And yet we still don’t really know who we'll become next. I know it sounds absurd but it's a very nice feeling.” It’s a feeling that is mirrored in the music too. There is a sense of familiarity, a retro pop flourish – filled with infectious rolling bass lines, razor-sharp guitar lines, dense atmospheres and immersive melodies – yet predicting where the album will go remains a constant impossibility.