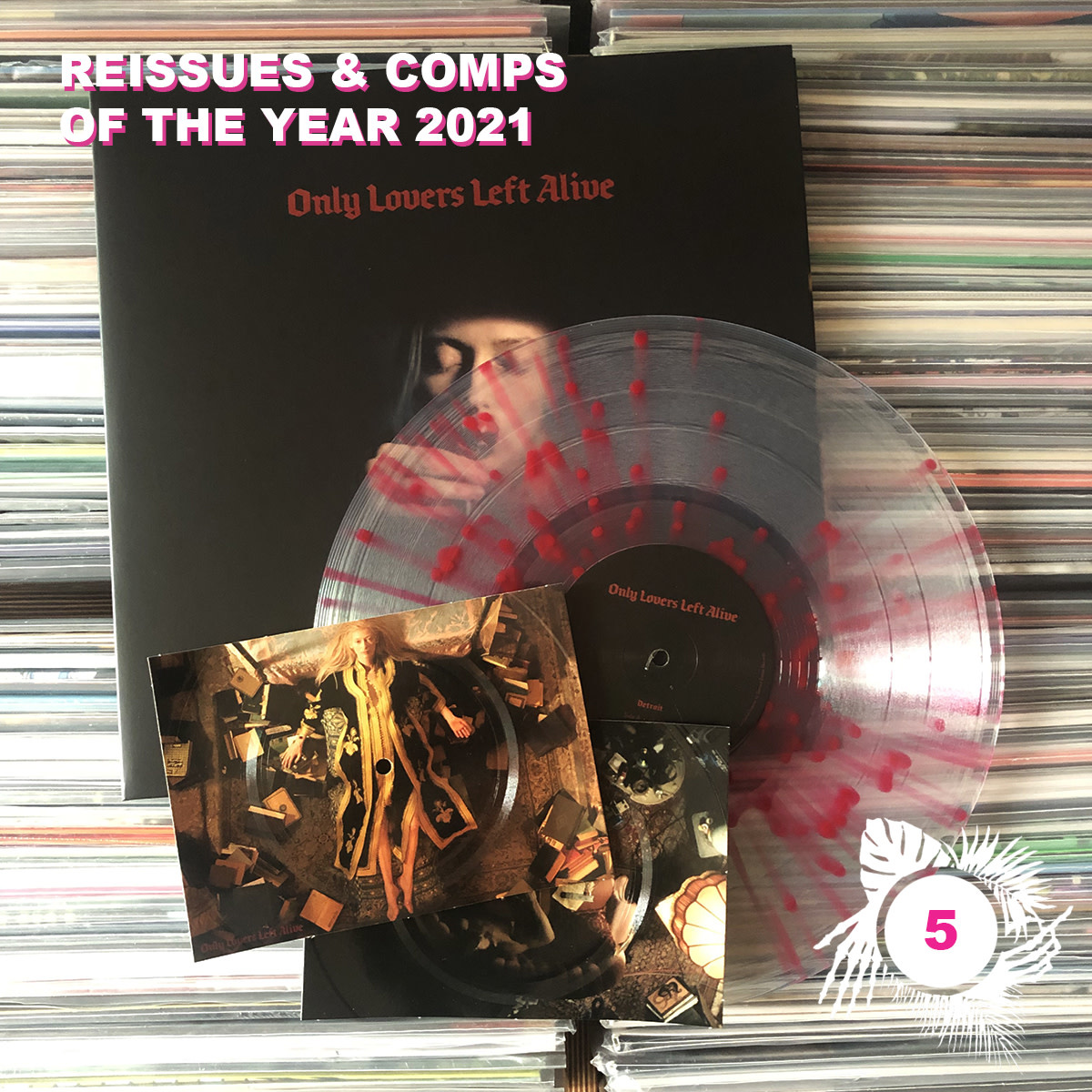 Each order comes with a bonus flexi postcard, featuring an iconic Tilda Swinton audio sample from the film, on one of two great designs, chosen at random. The designs will be mailed at random while supplies last.

Red & clear splatter vinyl. The score for Only Lovers Left Alive - a collaboration between SQÜRL (Jim Jarmusch, Carter Logan and Shane Stoneback) and Dutch lutenist Jozef Van Wissem - serves as a reflection of the distinct textures of Detroit and Tangier, bridging ancient and modern sounds, entangled and timeless. Avant-Baroque lute weaves through twenty-first century guitar grit, heavy back beats, Moroccan percussion, synth bass, field recordings, and numerous sonic effects to create a cinematic tapestry. Guest vocalist Madeline Follin (Cults) appears on SQÜRL’s syrup soaked re- interpretation of the Wanda Jackson hit Funnel of Love. Zola Jesus’ commanding vocal soars through Van Wissem’s In Templum Dei. And Yasmine Hamdan’s intimate and evocative Hal, recorded on the set of the film and mixed by SQÜRL . The film and soundtrack album were released worldwide in 2014, and quickly earned the group the Cannes Soundtrack Award from a consortium of film and music critics. In the years that have followed it has remained a favourite of critics and fans alike, who have continued to hunt down the limited vinyl copies in existence.