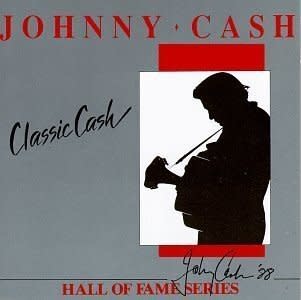 In 1986, after almost 30 years on Columbia Records, Johnny Cash signed to Mercury Records. Two years later, in 1988, he released Classic Cash: Hall Of Fame Series, which featured 20 new re-recordings of classic Johnny Cash material. Including renowned tracks such as Ring Of Fire, Get Rhythm, Long Black Veil, Folsom Prison Blues, and I Walk The Line, Classic Cash: Hall Of Fame Series captured one of Country music’s greatest sons singing the songs that made him a legend. For the very first time on vinyl, and exclusive for Record Store Day 2020, Mercury Records present Classic Cash: Hall Of Fame Series (Early Mixes) – Johnny Cash’s early mix of his 1988 album, mastered from newly discovered master tapes in the Mercury vault. Presented in a 2LP format, and pressed on 180 Gram vinyl for the highest quality audio fidelity, Classic Cash: Early Mixes is a must-have for Cash fans and collectors and will not be available on vinyl anywhere else ever again.