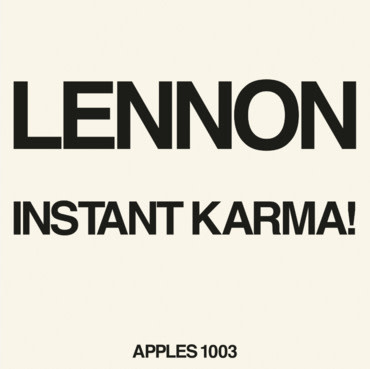 Written, recorded and released in just 10 days in January 1970, Instant Karma! was to become one of John Lennon's biggest and most popular singles reaching #5 in the UK and #2 in the USA. Featuring George Harrison alongside bassist Klaus Voorman, drummer Alan White and keyboard player Billy Preston; this was the first time any Beatle had collaborated with legendary producer Phil Spector, who would later that same year work on The Beatles' final album, Let It Be as well as solo albums from John (Plastic Ono Band) and George (All Things Must Pass). Audio is newly mixed from the original multi-tracks and artwork is a faithful reproduction of the original UK sleeve.