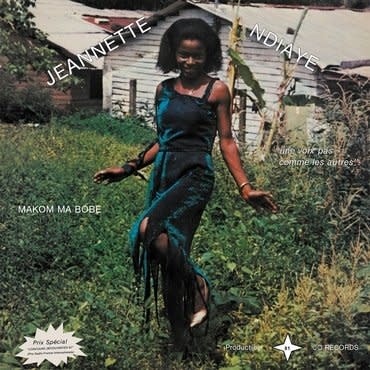 Kalita are excited to announce as their second release of 2020, the first ever official re-release of Cameroonian singer Jeannette N'Diaye's 1981 disco masterpiece Makom Ma Bobe, backed by an extended edit courtesy of Mendel!. Originally appearing as one of three tracks on Mut'a Mbamba, her 1981 single released on Cameroonian producer Jojo Ngalle's record label Disques Jojo, Makom Ma Bobe has recently exploded as one of the most sought-after Afro-disco records out there, with prices becoming ever exceedingly eye-watering and copies ever harder to find. Now Kalita come to the rescue, offering a loud and remastered 12” single for all. If that wasn’t enough, the single is also backed by an extended edit of Makom Ma Bobe, courtesy of Netherlands-based DJ and producer Mendel! It’s fast, it’s euphoric and it’s lasers are to die for. What more could you want?