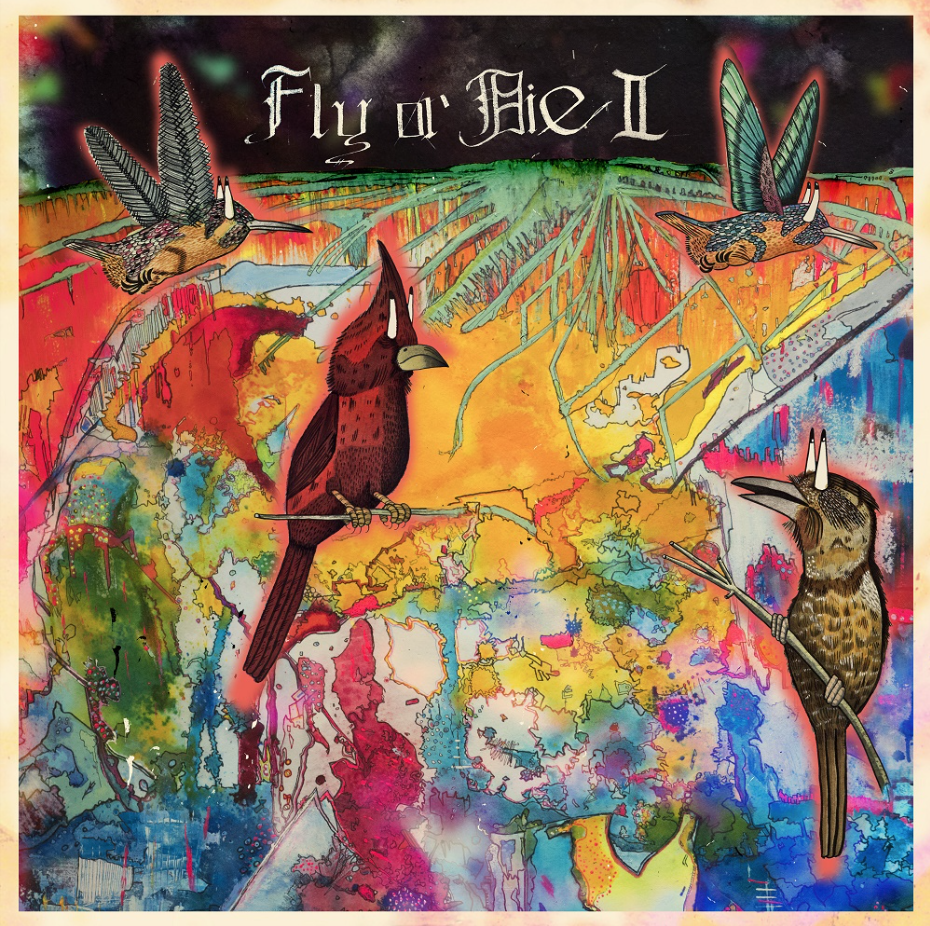 FLY or DIE II: bird dogs of paradise is the much-anticipated follow-up to composer, trumpeter, and (now) singer jaimie branch's debut Fly or Die, which was dubbed one of the “Best Albums of 2017” by The New York Times, Los Angeles Times, NPR Music, WIRE, Stereogum, Aquarium Drunkard, and more. Written (mostly) while on her first European tour with Fly or Die in November 2018; and recorded (mostly) in studio at Total Refreshment Centre and live at Café OTO in London UK at the end of that tour, bird dogs of paradise is the result of a never-satisfied branch pushing her distinct style of progressive composition to new heights — while also stepping forward as a vocalist for the first time. “So much beauty lies in the abstract of instrumental music,” says branch in the album’s liner notes, “but being this ain’t a particularly beautiful time, I’ve chosen a more literal path. The voice is good for that.”

On the album’s epic opening opus “prayer for amerikkka pt.1 and 2” branch calls out “a bunch of wide-eyed racists” between searing trumpet ad libs atop a massive, down-tuned blues. On the album’s closing track “love song (for assholes & clowns)” she laughs in their faces - an unhinged, unflinching, mix of anger and humor paired with a classic shuffle beat. Between both ends is an instrumental chronicle that traverses a deep sea of dystopian Americana without trepidation. Her trumpet – sometimes soft and pleading and other times brash and seething – is always at the helm. Branch and company are on a quest for sonic saturation here and they conjure up moments of real reckoning - hopefulness, hopelessness, danger, and joy. A cinematic sojourn from our earth to imagined worlds above, bird dogs of paradise dares you to feel again, or as branch says, “now sound the trumpets and get ready to roll.”