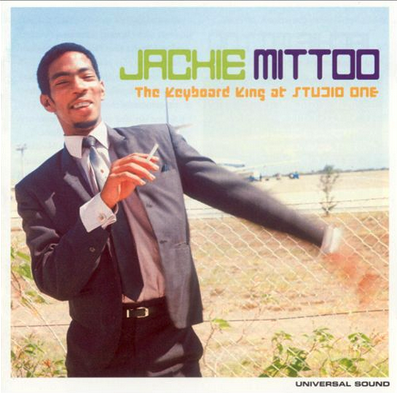 A special limited Love Record Stores release. Available to purchase in store from 10am, 4th Sept. Remaining titles will be available to order online at 9pm, 4th Sept.

Keyboardist Jackie Mittoo is a truly seminal reggae figure. During the mid-'60s, as an original member of the Skatalites, Mittoo helped shape the language of the newly emerging ska. In subsequent years, as the premier composer/arranger of Clement Dodd's Studio One team, Mittoo created a wealth of rhythms that artists would return to during the dancehall and ragga eras decades later. His simmering organ lines added leagues of depth behind Dodd's greatest acts, including Ken Boothe, Delroy Wilson, and the Heptones. By the time Universal Sound released The Keyboard King at Studio One, there were far too few releases in print representing this reggae great.