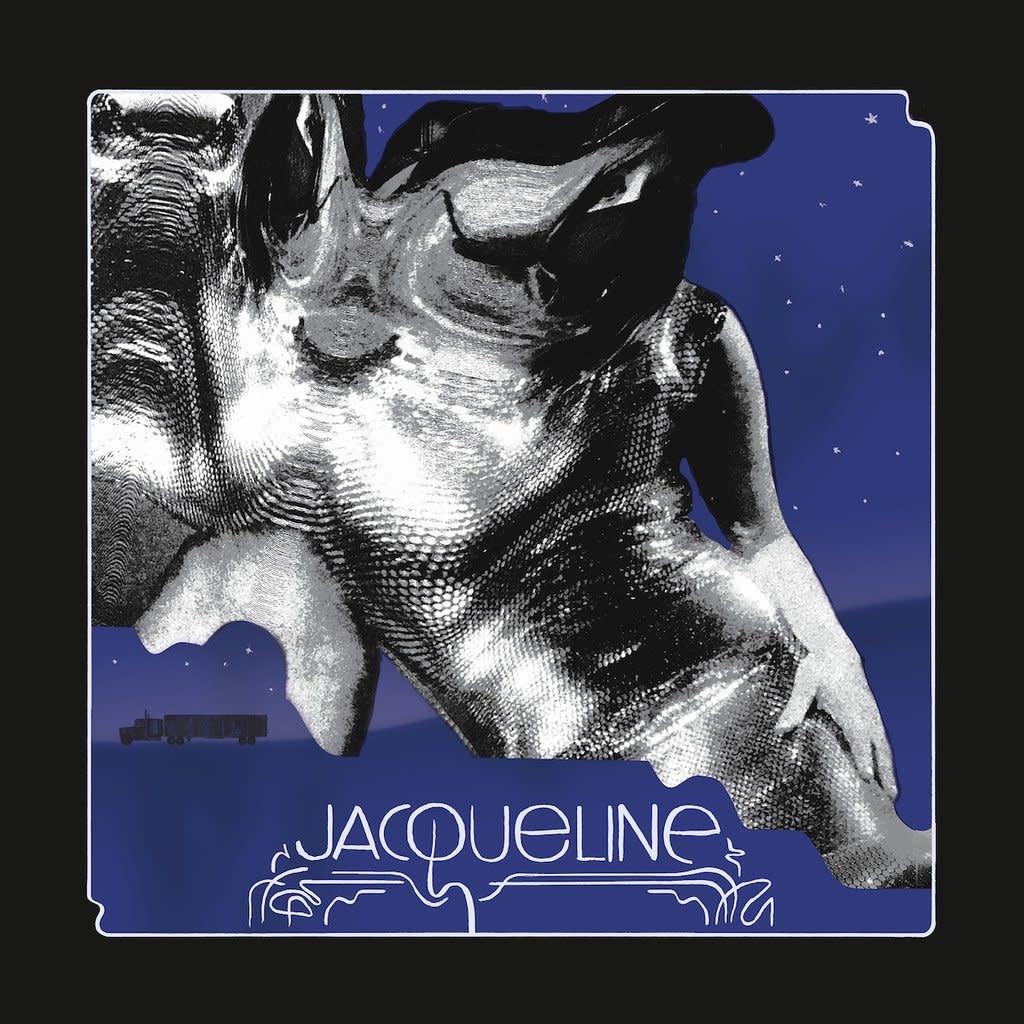 Not so long ago . . . in the long winter of 2016–2017. The debut of Jackie Lynn. It was a year of bright lights and alien love, and an undercurrent of undisguised tension too. It fed the music, what can you say. Then suddenly one night, one gig was just the last. For awhile. Until now. Now it’s a new year beginning, and Jacqueline is the album of that year, bringing Jackie fully back in front of us, larger than life, her arms reaching out farther into the glittering darkness than before. Jacqueline finds Jackie Lynn down the road apiece, having broken in and out of the glare of American days and nights. A casino queen in Missouri now, a stranger in a short black dress in Odessa tomorrow — another track, another rich slice of the life for our femme long-haul truck driver. Each one flowing with the whitehot bursts of new as it unfurls itself around her. The process of realizing is palpable, as we watch Jackie roll her wheels across the wrecked frontier. Removed from the urban play that made her first songs hum with onyx-black edges, Jackie is an agent of her own agency this time around, alone and together with herself, as big-sky perspective flashes through the windshield over and over: dreamlike passing flares, white-line beats, twilight falling silk on the horizon. Jackie’s trip is an analog evoking, among other things, the spiraling times of a traveling musician. The conversation with yourself just keeps coming back around. Every night with a peak and a valley. Practical things that are fun are also fault lines with existential depths opening up underneath. Is going forward getting somewhere, or is the road just crumbling behind you? Jacqueline blooms expansively from the synthetic rhythms of her debut, blowing up their bone structure with bigger stakes in sight. Jackie Lynn, comprised of Cooper Crain, Rob Frye and Dan Quinlivan of Bitchin Bajas and Haley Fohr of Circuit des Yeux, approached the material as a group, drawing together the journey over time, inspired collectively to find the right notes, sounds and settings to open the landscape for Jackie — and alter it inexorably. Jacqueline was recorded at home and mixed at Electrical Audio by Cooper Crain.