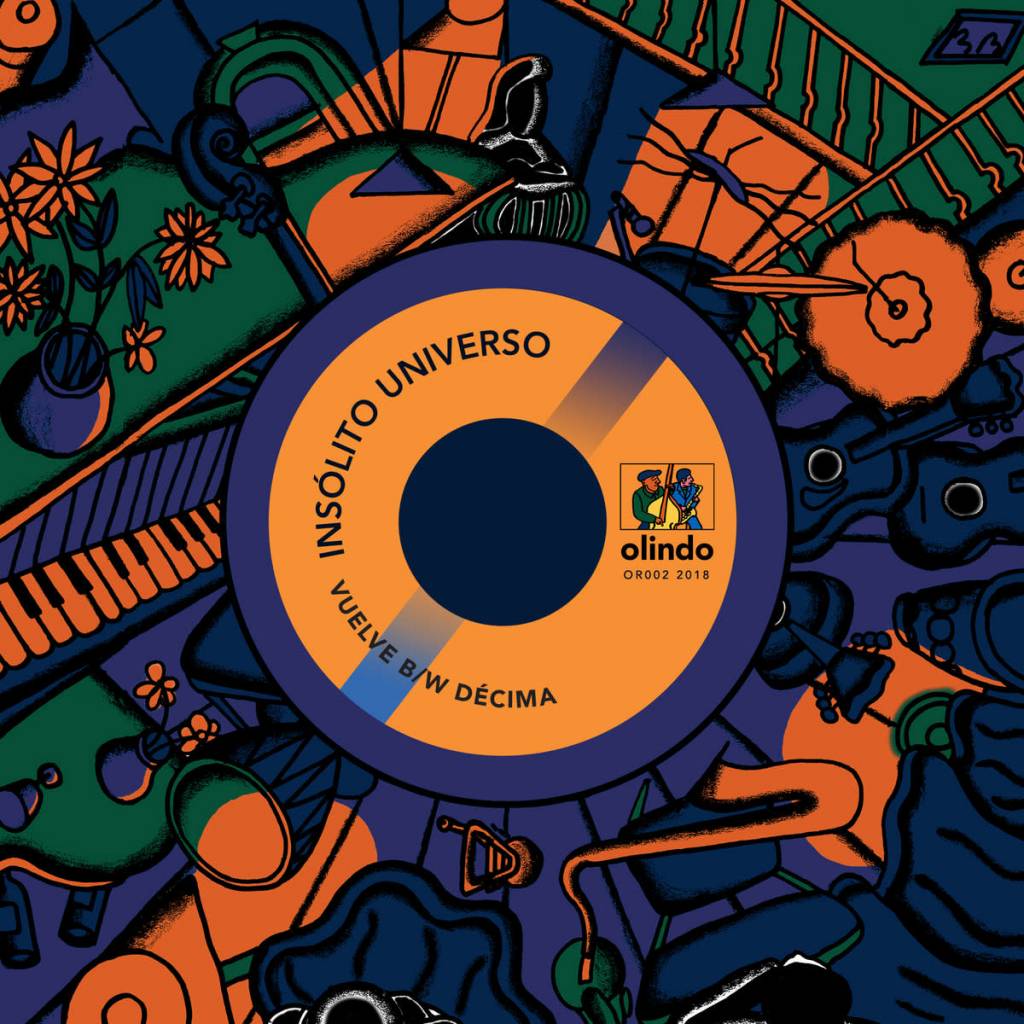 The 2nd release in Olindo's Venezuelan 7" trilogy comes from Paris based quartet Insólito UniVerso, a project that takes inspiration from a wide range of sources such as psychedelic folk, baroque singing, and traditional Latin American music, particularly through the rhythms and instruments of Venezuelan folklore.