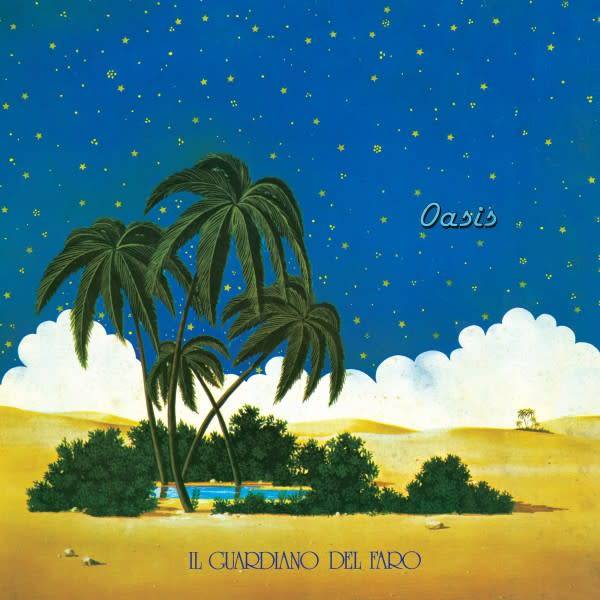 Time Capsule is a new reissue label that unites the record collectors and DJs of the brilliant corners and Beauty & The Beat communities in London. For each release, Kay Suzuki works alongside one co-curator to reinstate and repackage the music they hold dear into perfectly restored historic artifacts.

Viewed as a precursor of New Age sound art, Federico Monti Arduini was one of the first producers in Italy to use the Moog synthesizer and a meeting with Bob Moog in New York only added to this obsession. He was also an early adopter of the tradition among electronic producers to use a moniker to disguise his identity. Il Guardiano Del Faro (translated as “the guardian of lighthouse”) is a nod to the small Italian fishing town Porto Santo Stefano, where Arduini created his studio in the mid-70s.

He produced a number of albums from this seaside idyl of electronic instruments and tape recorders, but Oasis stands out from the pack. Released in 1978, it became a cult classic for its experimental sounds and emotional expressions. Spiritual synth sounds cover the album in a dreamy haze, oscillating between ambient and psychedelic. Sparing deployment of the Roland rhythm box gives dance floor favourites ‘Disco Divina’ and ‘Oasis’ touches of space disco and even teases proto-house elements like the great Sun Palace.