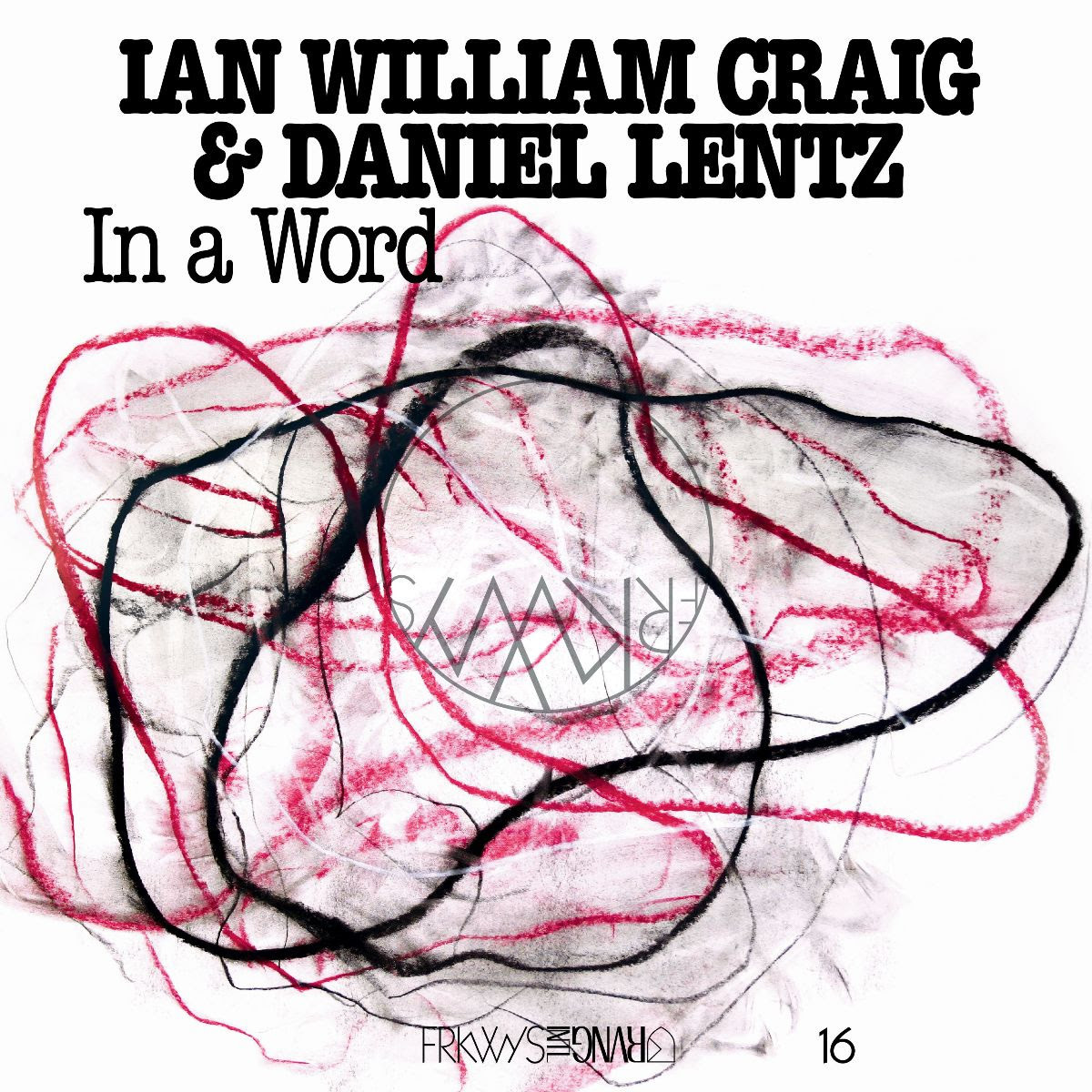 In a Word, the sixteenth installment of the intergenerational collaboration series FRKWYS, brings together composer Daniel Lentz and vocalist and sound artist Ian William Craig for an album that embraces erosion and the potential of its loam left behind. A major figure in American composition, Daniel Lentz has worked at the middle and margins of postminimalism for more than four decades. A pioneer of “live multitrack recording” with the Daniel Lentz Group, he frequently writes for ensembles of similar instruments, from choirs to string orchestras to glass harmonicas. Like his west coast colleagues Harold Budd and Ingram Marshall, Lentz composes music of slow changes, built on fundamental harmonies and rhythms that evoke vast spaces and deep, ancient stone. Canadian artist Ian William Craig combines his classically trained voice with precarious technologies: homemade analog synths, altered reel-to-reel machines, and faulty tape decks. His solo albums, including the acclaimed Centres (2016) and, more recently, Red Sun Through Smoke (2020), document a haunted nostalgia. In contrast to Lentz’s (sometimes) radical expansiveness, Craig’s music is fragile and self-consciously created alone, using his customized machination to create warped nocturnes of melody and dissonance. The sessions for In a Word took place in the Santa Barbara home studio of engineer Dick Dunlap. For both musicians the experience was an exploration toward each other. Craig with his rickety tape decks, Lentz sat at a grand piano. Lentz was immediately enchanted by Craig’s voice and equipment: “With the first note he sang, I was hooked. The beauty of his voice and his unique analog looping setup, all compacted into a small suitcase, were both remarkable and always surprising in what they could do. The music emerged spontaneously from simple, even cautious beginnings. For Craig, who rarely works with other musicians, the sessions encouraged him to shed selfconsciousness and attune himself to his cocreator. Previously, he had regarded his tape decks and synths as bandmates, providing the creative energy he could get from other people. Recording with Lentz pushed him to find a new, more collaborative perspective. “I tried my best to control what was going on at first, and failed spectacularly. Once I let this aspect go and began to listen to Daniel, to my surroundings, and to the engineers, something finally clicked.” In a Word documents a coming together of two distinct musical personalities, and also a transformation. Lentz’s toiling, echoing piano, recalling his work on 1984’s Point Conception or the 1992 collaboration Music for 3 Pianos with Budd and Ruben Garcia, are churned into lush earth by Craig’s faltering machines. Craig’s folk-like tenor is realigned with Lentz’s crisp, minimalist repetitions; the combination is warm yet deeply layered, like the Californian sunset that would acknowledge the two composers at the end of each session day. Together, Craig and Lentz unearth deep forms of sonic expression from a common ground and newly seeded camaraderie. Lentz’s unmistakable piano sound is clearly relished by Craig’s tape decks, which add ghostly counterpoints of distortion and disintegration to its acoustic resonances. To this hall of haunted mirrors, Craig’s voice adds a yearning, human quality that is sometimes caught up in the same machinery, and is sometimes allowed to spirit above it.