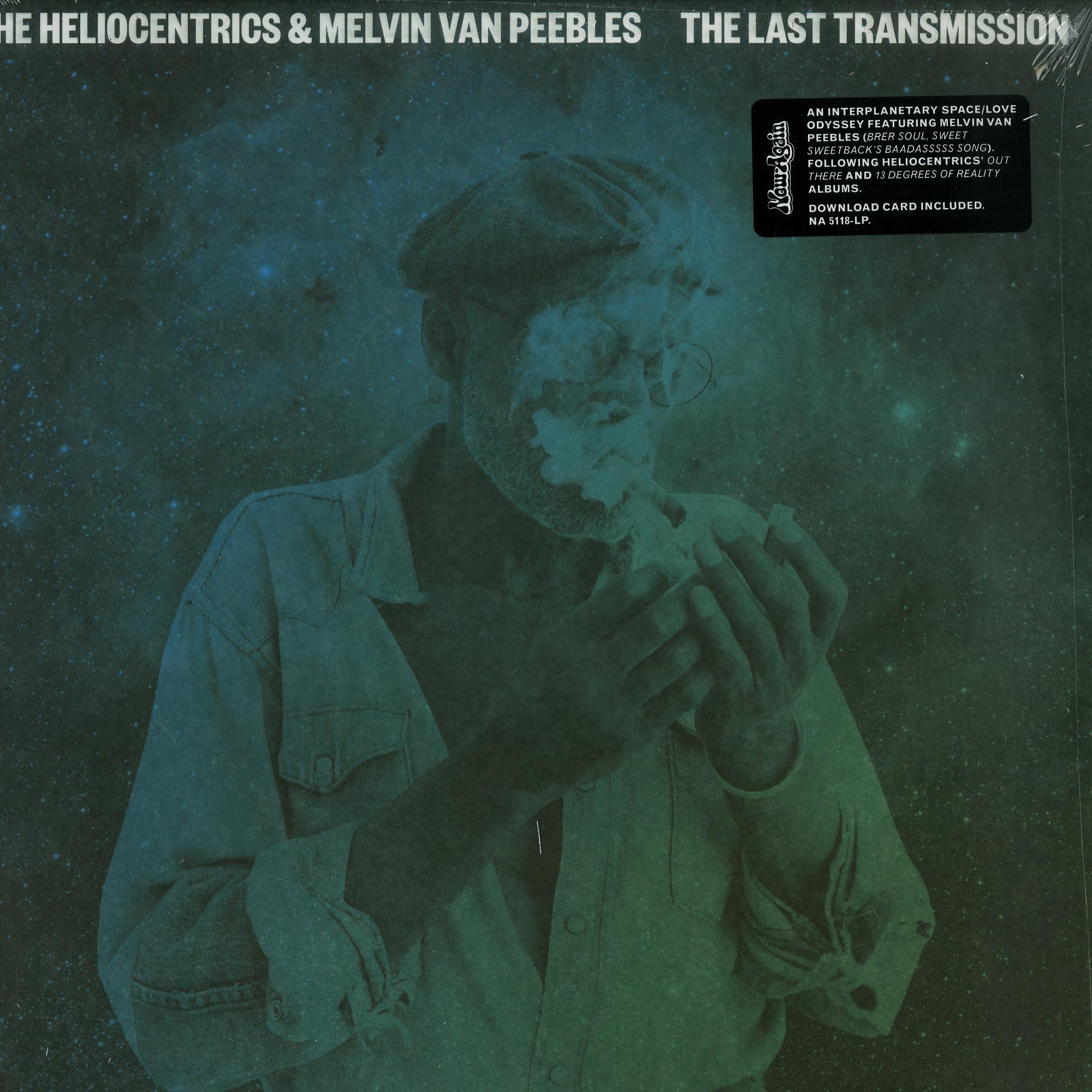 Melvin Van Peebles, the filmmaker, musician, author behind the landmark movie Sweet Sweetback's Baadasssss Song and the trilogy of Brer Soul albums he released in the 70s has teamed with the UK ensemble Heliocentrics to create an interplanetary space/love odyssey told in twelve chapters. The Last Transmission comes nearly ten years after Van Peebles’ appearance as the third member of Quasimoto on Stones Throw Records’ 2005 release The Further Adventure of Lord Quas. For the Heliocentrics, The Last Transmission represents their third Now-Again album, following Out There in 2007 and 13 Degrees of Reality in 2013. Van Peebles makes for the Heliocentrics’ ideal foil: he did graduate work in astronomy in Holland in the 1950s and maintains an avidinterest in cosmology. The Heliocentrics, as their name conveys, draw inspiration from both the philosophic leanings of the likes of Stephen Hawkings and interstellar mysteries, like those surrounding the Malian Dogon tribe’s knowledge of the Sirius B star hundreds of years before it was discovered. Their music is as indebted to Sun Ra’s interstellar jazz as it is inspired by psychedelia’s spiritual expanse. The Last Transmission, presented as a vocal album and an expanded instrumental selection on a bonus disc, can be taken as both the band’s interpretation of Van Peebles’ poem and a musical voyage inspired by Van Peebles’ vivid imagery. The band considers it their defining work, the result of more than a decade of playing and recording together. They’ve found a voice as a band, one that meshes with Van Peebles,’ as he weaves an intergalactic Rime of the Ancient Mariner. In between producer/drummer Malcolm Catto’s thunderous syncopation and producer/bassist Jake Ferguson’s bellowing bass lines, amidst the analog electronics and atmospheric interference naturally accorded by their organic analogue process, Van Peebles’ voice floats in and out, spectral in its tone, complete in its conviction in the unfathomable sense that life’s eruption in the cosmic expanse made, and in love’s ability to transform and transcend death.