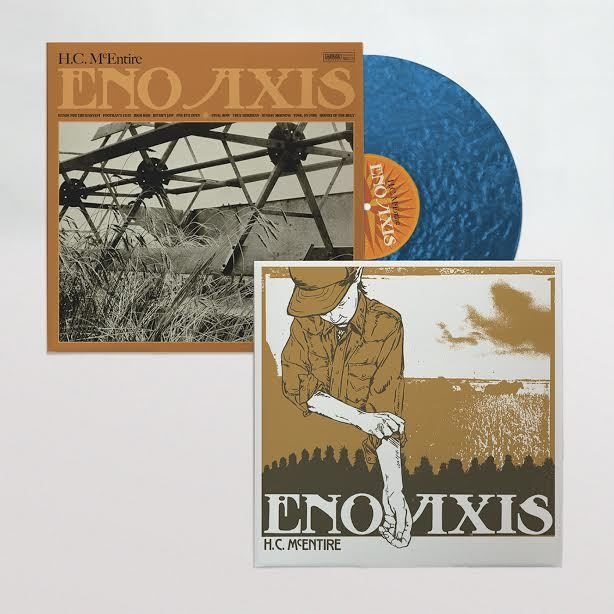 Dinked edition: iridescent blue swirl coloured vinyl with exclusive signed 12"x12" print, limited to 300 copies. Narratively, H.C. McEntire’s Eno Axis is about finding direction in the natural world, and following love. Sonically, it’s an album shaped enormously by the atmosphere it was recorded in—the crew’s synergy and positivity, the proximity and presence of a band in a room playing with intention. Structurally, it’s a group of songs inspired by the colors and tones of open tunings, by the sacrality of space and instinct. Stylistically, it’s folk-rock leaning into its curious experimental side and moved by the spiritual rawness of classic soul and the simplicity of earnest pop. Eno Axis feels like a confident and mature step forward from her debut album Lionheart—in tone, arrangement, production and spirit.