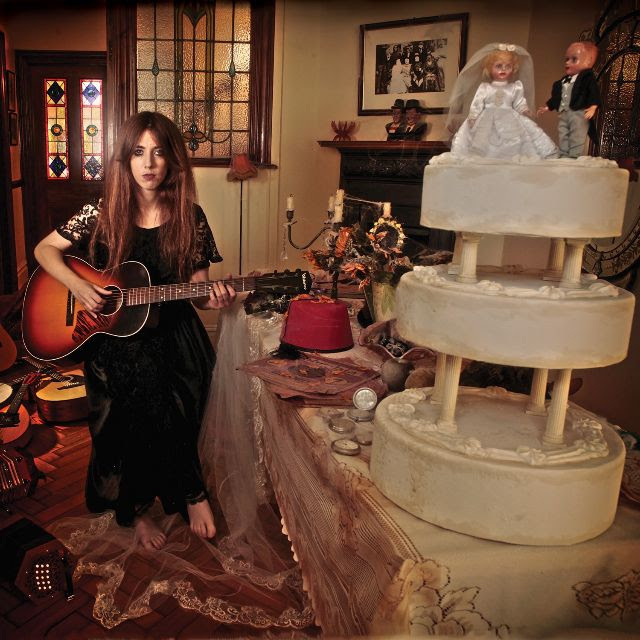 Strange Lights Over Garth Mountain finds Raymond ranging into unexplored experimental territory, drawing from her Welsh roots. In her own words: My new album, Strange Lights Over Garth Mountain, has eight songs in it. All were recorded in a basement flat in central Brighton, locked-down amidst a global pandemic. I recorded them myself and neither I, nor any of the songs saw said outbreak coming. Coronavirus may have dictated the circumstance under which the album was recorded but it did not otherwise inform any of the compositions that run through it; like I said, we didn't see it coming. Growing up in Wales was not a theme strongly present in my first record (perhaps not too surprising in an album of 'American Primitive'), but I feel as though my memories of that time have started to insinuate themselves in the tunes here. In my opinion, landscape does a lot to shape a community's folk music; from my childhood I recall tall, spooky trees, black against the grey sky, breath misting in cold air, and I have tried to take something of Welsh folk horror to make my own 'Welsh Primitive'. Whilst this isn't the only theme present in the album, childhood memories do form the background for a couple of tracks: coal trains steaming along the foot of our garden, rattling the glasses on the kitchen table; and the titular Strange Lights... dancing above the peak of the mountain which loomed over the house where I grew up. Dead men also feature prominently, as well as personal tragedies and the madness of touring. It's possible this album is leaning more into the left-field than the first - the songs are longer and more 'compositional' for lack of a better word, rather than deriving so heavily from the folk and blues traditions, though, they're still there - all of those dead men are hard to shake. Some parts go fast and others go slow. Sometimes I play more aggressively than I intend to and other times I play exactly as aggressively as I intend to. I still say it's punk music and I have no idea what key the last tune is in.