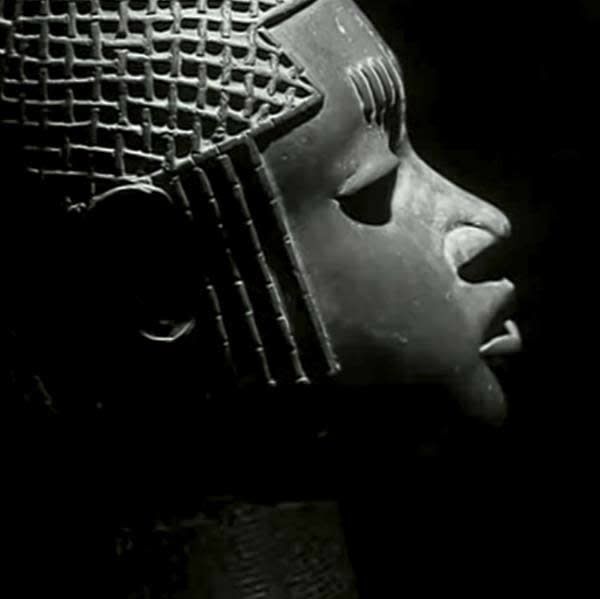 On vinyl and playing at 45rpm, this is Guy Bernard's score to a short French movie from 1953 that was banned until the '60s because of its criticism of colonialism. The film, made by Alain Resnais and Chris Marker, exhibits a series of sculptures, masks and other traditional art from Sub-Saharan Africa, projecting a passionately anti-colonial, anti-racist, even anti-capitalist message in a stunning audio-visual collage. The accompanying music is intense and immersive.