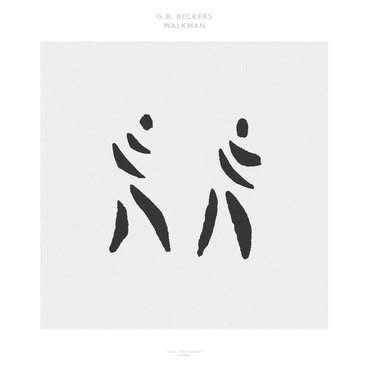 Released on his very own 'Milky Music' label with a run of just 500 copies and original pieces of artwork included with some copies, most copies of the album however remained amongst art collectors and with the painter himself. Rediscovered a few years ago through a friend of Music From Memory in the archives of a local radio station where all but one of the stations copies had been destroyed, it has been an album the label have been in love with since the first listen. Touring as a guitarist with ECM affiliated Jazz musicians such as Alex De Grassi, William Ackerman, Ralph Towner & Larry Coryell to name but a few, Günther Beckers also would record on a number of releases of Klaus Schulze’s cult electronic music label ‘Innovative Communication’. Always exploring new ideas and the possibilities of technology within his music, Günther would record the Walkman album utilising the ‘Kunstkopf’ technique of sound recording. Kunstkopf or ‘Dummy Head’ recording is a 3D audio recording technology that enables listeners to define each source of sound as if they were in the original recording situation itself. Using two microphones which are usually mounted in the ears of a mannequin (giving it the ‘Dummy Head’ name in English) the technique exploits certain basic principles of human spatial hearing. Listeners to ‘Kunstkopf’ recordings are in fact encouraged to listen to such recordings on headphones, as the 3D perception is often greatly diminished on speakers. With the title Walkman G.B. Beckers was very much hoping the album would be enjoyed on headphones, even portably through a Walkman. Minimalist variations around an acoustic guitar, guitar synth, rhythm box and with wordless female vocals, G.B. Beckers' Walkman drifts in and out of moods; it is a unique and at times hauntingly beautiful album, which the Kunstkopf recording technique further adds to the albums at times often otherworldly feeling.