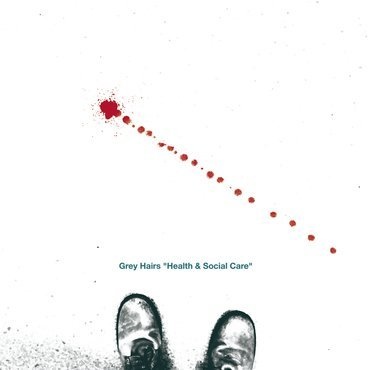 Red vinyl. Having spent 2018 touring with Sleaford Mods, Hey Colossus and Brooklyn's SAVAK, Nottingham punk rock lifers Grey Hairs have announced their third album Health and Social Care - a scorching reflection on balancing your creative impulses against the commitments of impending middle age. Their first output since 2016's Serious Business, released via Nottingham's esteemed Gringo Records, Health and Social Care is an expansion of the band's sound that recalls elements of The Birthday Party, Laughing Hyenas, The Jesus Lizard or of a downer-fuelled B52s and what surf music sounds like coming from the most land-locked part of the country.