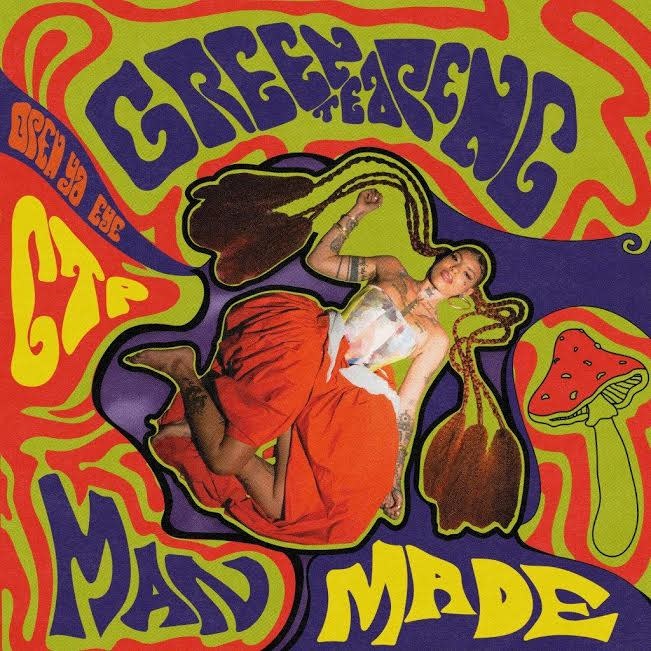 The 18 track album is executive produced by EarBuds and features live instrumentation throughout from Aria’s band the Seng Seng Family. The album is an incredible exploration of sounds and topics that cover the current times and beyond. Set against the backdrop of one of the most turbulent years in recent memory, Greentea and her band The Seng Seng Family retreated to the country last summer where the alchemy of Man Made took place, bringing a live element to the album, and chose to record the record in 432 Hz frequency, a pitch that falls a semitone below music industry standard, which is thought to vibrate healing energy. Executive-produced by long time collaborator Earbuds, Greentea worked with an incredible roll-call of producers; the likes of Swindle, long-standing collaborators Samo and Kiko, and Mala (part of the legendary dubstep production duo Digital Mystikz and the founder of the iconic DMZ dubstep label). The album was then mixed by the legendary Commissioner Gordon. The record seamlessly weaves genres from Hip-Hop to Jazz, Neo-soul, Trip Hop, Ragga, Rock, Dub and Drum & Bass, all anchored by signature sage vocals. At 18 tracks, Man Made is a true opus, a fluid and transportive listening experience, channelling deepest inner-thoughts and exploring different states of being, segued to be enjoyed in full. It encourages repeated revisits to fully explore the magic at work.