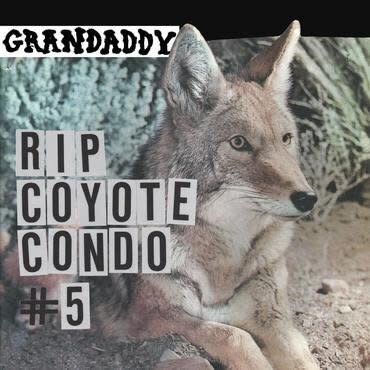 Formed in 1992, the Californian indie-rock band have released a number of albums – from their 1997 debut Under the Western Freeway to The Sophtware Slump three years later, to 2003’s Sumday. While NPR called their signature sound ‘neo-psychedelic space-pop’, NME christened it “atmospheric electronics meet warped Americana”. After breaking up in January 2006, they reunited six years later for some celebratory shows and eventually released a new record in 2017. Tragically, this was also the year that marked the death of bassist Kevin Garcia. Released in December 2019, melancholy track RIP Coyote Condo #5 was the first since Garcia’s passing and clocks in at nearly eight minutes long. To mark the 20th anniversary of their legendary album The Sophtware Slump, Grandaddy release a fully re-mastered version. This reissue package includes two of the band’s EPs, Signal To Snow Ratio and Through A Frosty Plate Glass, never before released on vinyl. Rounding out the reissue is a piano rendition of the 2000 album, entitled The Sophtware Slump… on a wooden piano. This Record Store Day release features a rare Grandaddy track, RIP Coyote Condo #5, not previously available on vinyl – as well as Jason Lytle’s solo piano performances of The Fox In The Snow (Belle and Sebastian) and In My Room (Beach Boys).