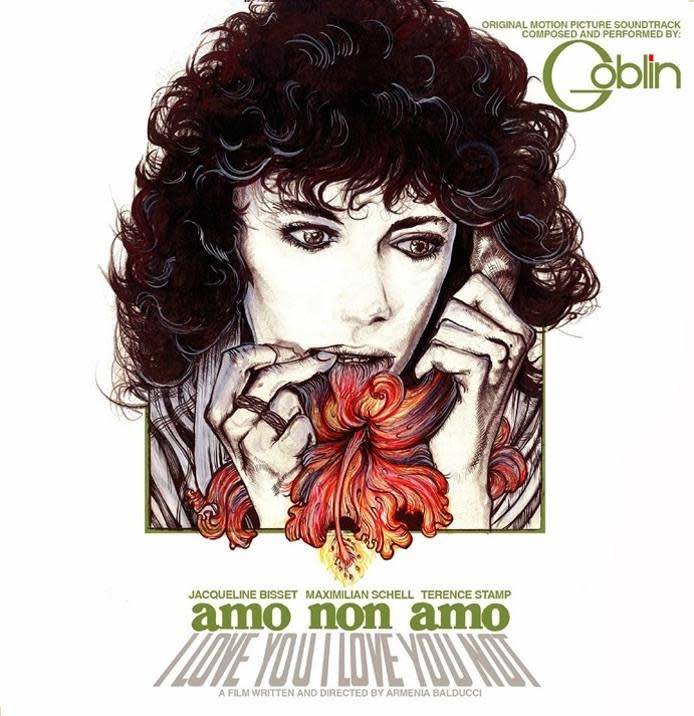 Amo Non Amo (I love you I love you not), the Italian drama film directed by Armenia Balducci in 1979, was an ambitious work at the time, with an exceptional ‘imported’ cast, including Jaqueline Bisset, Maximillian Schell and Terence Stamp . The copies of the films distributed overseas were accompanied by the orchestral score written by Burt Bacharach, while the original soundtrack was composed, unexpectedly, by Goblin.
The compositions of Amo Non Amo are varied, alternating melancholy and intimate pieces with hard rock and funky songs, but retaining the unmistakable ‘Goblin touch’ thanks to the presence of the classic Claudio Simonetti, Fabio Pignatelli, Agostino Marangolo, assisted by talented Carlo Pennisi (formerly of Flea, Etna, Libra and then in New Perigeo) on guitar and Antonio Marangolo’s saxophone, a regular collaborator of the band.