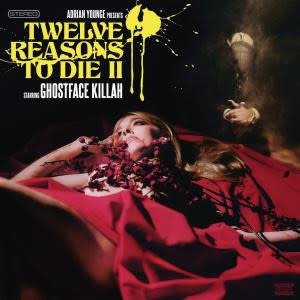 "This time around I wanted to make a statement with a darker, heavier approach to the composition and sonic landscape," Younge explains. And regarding his producer / artist relationship with the legendary Wu-Tang MC who is on the marquee, he says, "When I composed the first Twelve Reasons album, I hadn't spent a lot of personal time with Ghostface. It was constructed purely on my knowledge of him with me as a fan. This time around, the album is based on what I learned from touring with him in 2013. We shared a lot of great ideas and since then have been discussing how we could make the next installment even better."Twelve Reasons To Die II is another heavy feather in the caps of all involved, especially Younge and Ghost, who again poured their skills and intellect into this dramatic and engaging tale. It all fits perfectly into the Wu-Tang family tree as well as Younge's always-expanding musical universe, which now proudly relies on Linear Labs to house it.