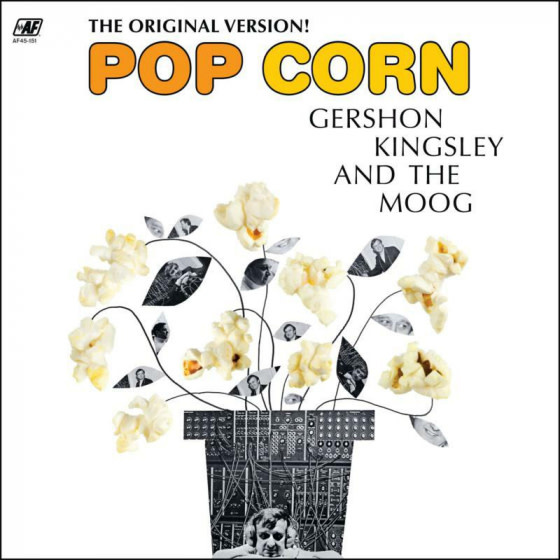 Almost 50 years since its original release, the instantly-recognisable futuristic sound of Pop Corn is back on "groovy popcorn yellow vinyl", exclusively for Record Store Day 2018! Originally recorded in 1969 for Music To Moog By by Gershon Kingsley and the Moog, the ground-breaking experimental album was a major influence on future electronica artists. The newly remastered tracks feature the original stereo hit single A-side, its non-album B-side plus rare mono mixes prepared for American AM radio. Both album and single were released on the pioneering Audio Fidelity label, famous for releasing the world's first stereo record in 1957. In 1972, Pop Corn was covered by Hot Butter, which featured members of Gershon Kingsley's First Moog Quartet band and was a hit all over again.