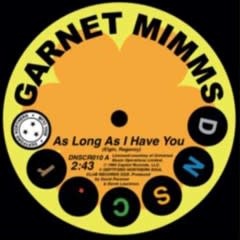 Two versions of this much-loved gem (covered by Led Zeppelin and Roger Daltrey from The Who more recently), As Long As I Have You was the title track of Garnet Mimms’ first solo album from 1964 which made a brief appearance as a seven inch and now goes for £500. The slightly longer Single Version made it to demo-only in France in 1967 and is a super rare cut - an edited live version with brass courtesy of The Senate that goes for around £400 if you can find a copy. Remastered here from the original sound source.