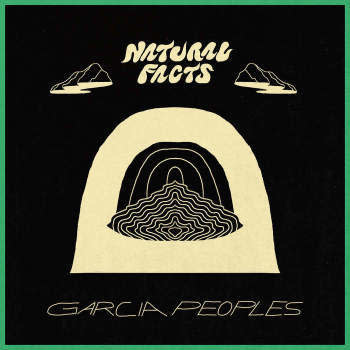 The second album in less than a year from those lovable New Jersey moptops with the sweet twin guitars, Natural Facts provides a portal to the carefree place that both indie rock and jam bands forgot. Bolstering the summer glow of 2018s Cosmic Cash with flashes of fuzz, teeth and power, Natural Facts is the more driving counterpart to its rural predecessor. Danny Arakaki & Tom Malachs guitars remain at centerstage on machine gun shreds like the album-opening Feel So Great & the rolling grooves like High Noon Violence (which would fit right in with one of David Crosby’s early 70s supergroups). Tracked in Philly with Jeff Zeigler, Natural Facts is a newly emerging conversation, songs & structures drawing from the most right-on musicians to cross Garcia Peeps collective transom. Classic rock guitarists of yore might be obvious touchstones, but bend your ear and newer colors emerge, generated from hours & years of talk & music. Nothing inorganic here, just pure Natural Facts