Free Youth - We Can Move

Home / Free Youth - We Can Move 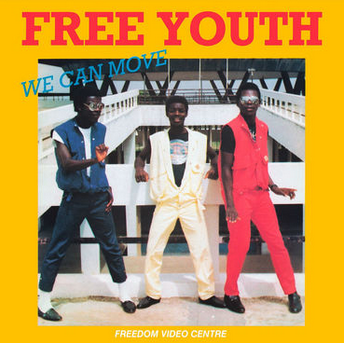 Soundway Records reissues Free Youth’s long sought-after 1985 single We Can Move - one of the first known examples of Ghanaian hip hop, emerging at the dawn of ‘hip-life’ (hip hop meets highlife). It was the trio’s only release and originally pressed on 7” vinyl, but now comes fully restored, remastered and available for the first time on 12” vinyl along with the original cover art. Free Youth comprised three main members: Terry “Sir Robot” Bright, Lenny “Nii Addy” Dimple, and Abednego “King Abed” Ayim Bright. In the early 80s they began performing in clubs and parties across Accra, with friends and other dancers occasionally joining them on stage- including Reggie Rockstone, who later went on to find global stardom. In 1985, the band were approached by a producer and invited to record at a lo- cal studio. Without having written down any music, Terry, Lenny and Abed sang the parts and beatboxed the rhythms to the session musicians prior to recording.

Out of this session came We Can Move, a blend of hip-hop and Afro-funk with a proto disco-boogie beat, punchy trumpet riffs and melodic rap flow. Included in this Soundway release is an exclusive instrumental cover version from Welsh ensemble Drymbago. This replaces the original B side track Freedom Video Centre which was an advertising jingle for a business associated with their former producer. For fans of: Reggie Rockstone, Awesome Tapes from Africa, Sugarhill Gang and Gyedu-Blay Ambolley.