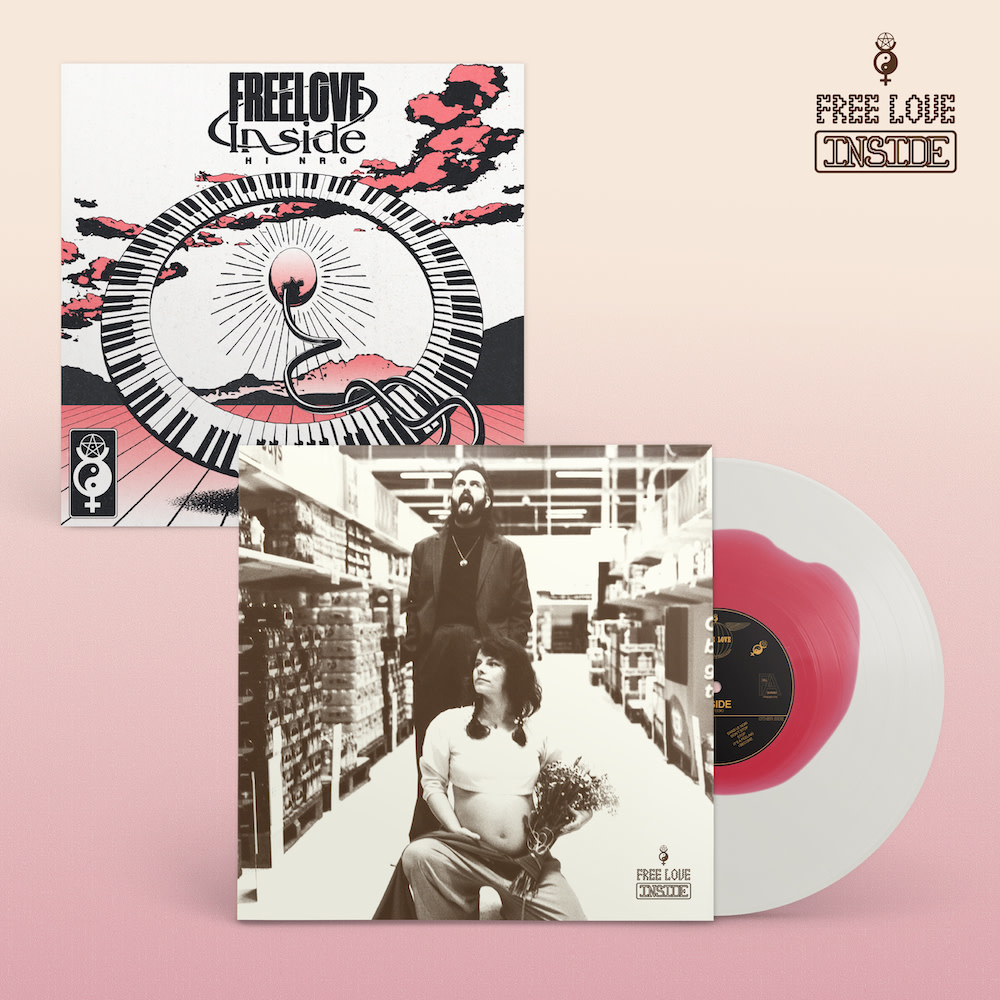 FKA Happy Meals, Free Love and their music are a conscious study in duality: thumping live tracks and meditational mantras, pop songs and esoteric experiments, acoustic and electronic instrumentation, lyrics in French and English, the Masculine and the Feminine, all side-by-side. Paragons of the cross-pollinating Glasgow DIY scene, their rapturous psychedelic odysseys have been emanating from the city since 2013 via esteemed labels including Night School and Optimo Music. Free Love’s debut EP Luxury Hits was released in 2018 to much critical acclaim (“a groovy fever dream” – Line of Best Fit) and saw them shortlisted for the Scottish Album of the Year Award (Suzi and Lewis’s third SAY Award nomination in all, following two under the Happy Meals moniker). It was followed in 2019 by the mini-album Extreme Dance Anthems (“music to move both body and mind” – Clash). In 2018 Free Love released a limited-edition vinyl EP, written and recorded on the isle of Eigg as part of Lost Map’s V I S I T ▲ T I O N S residency programme – strengthening a long-standing kinship between the band and the label which has seen them perform live many times at Lost Map events on Eigg and elsewhere.

It leads to the release on Lost Map in 2023 of Free Love’s latest opus INSIDE. Written and recorded at the band’s Glasgow home studio during and after the lockdowns of 2020-2021, and completed just before the birth of Lewis and Suzi’s son Echo in the summer of 2022, its 10 tracks of house-quaking acid pop, celestial drones and yogic devotionals are a by-turns banging and blissed-out meditation on life and death, community and seclusion, worlds both outwith and within. A song about “coming back to the centre after spiralling too far and recognising you’re not the only person wondering what’s going on”, ‘Open The Door’ reaches for the fresh silicon sound of Yellow Magic Orchestra. ‘Stop’ and ‘Golden Goose’ channel the space age pop dreams of Broadcast, while ‘Le Mirage’ and ‘Dans Le Noir’ take influence from 1970s electronic dance music pioneer Patrick Cowley – the former his gay porn movie soundtracks, the latter Cowley’s game-changing hi-NRG productions such as ‘Menergy’ and ‘Megatron Man’. Transportational seven-minute album closer ‘I Become’ sees Free Love borrow lyrics from the first track Lewis and Suzi ever recorded together, ‘Crystal Salutation’. “In doing, we become.”

“The sounds and themes on INSIDE came from the experiments we started working on throughout lockdown in our home studio, FULL ASHRAM CELESTIAL GARDEN,” says Lewis. “Sometimes we’d leave a sound running on loop until little melodies would come in and then that would start to take the form of the track. It has been a weird time for anyone to be making anything creative – to make sense of any reason to it all, we had to position creating music as an essential ritualistic part of our daily existence. We used the studio as a portal and made INSIDE.”

Free Love’s euphoric live show has seen them tour Europe, USA, India and Russia with the likes of The Flaming Lips, Liars and James Holden and The Animal Spirits, with Suzi often tearing through the audience centring the energy in the middle of the room over the live hardware electronics operated by Lewis from the stage turning into a ritualistic communal catharsis. As well as performing their debut Boiler Room live set from their home studio during lockdown, the band remixed music for Django Django and Charlotte Gainsbourg. 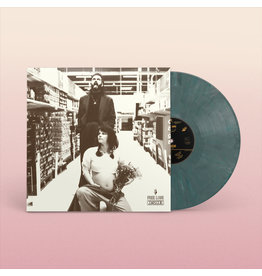 Eco Vinyl. FKA Happy Meals, Free Love and their music are a conscious study in duality.
Add to cart
Free Love - Inside (Eco Vinyl)
£24.99
By using our website, you agree to the usage of cookies to help us make this website better. Hide this message More on cookies »