Frankie and the Witch Fingers - Sidewalk 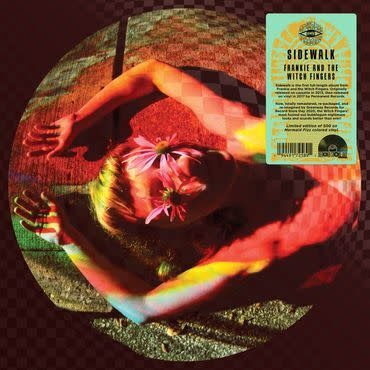 A special Record Store Day 2020 release, available in store on the 24th of October. Remaining stock will be available to order online from 6pm on the same day.

Sidewalk is the first full-length album from Frankie and the Witch Fingers. Originally released on cassette in 2013, then released on vinyl in 2017 by Permanent Records. Now, totally remastered, re-packaged, and re-imagined by Greenway Records, the Witch Fingers' most fuzzed-out bubblegum nightmare looks and sounds better than ever! Limited edition of 500 on Mermaid Fizz colored vinyl, exclusive to Record Store Day.