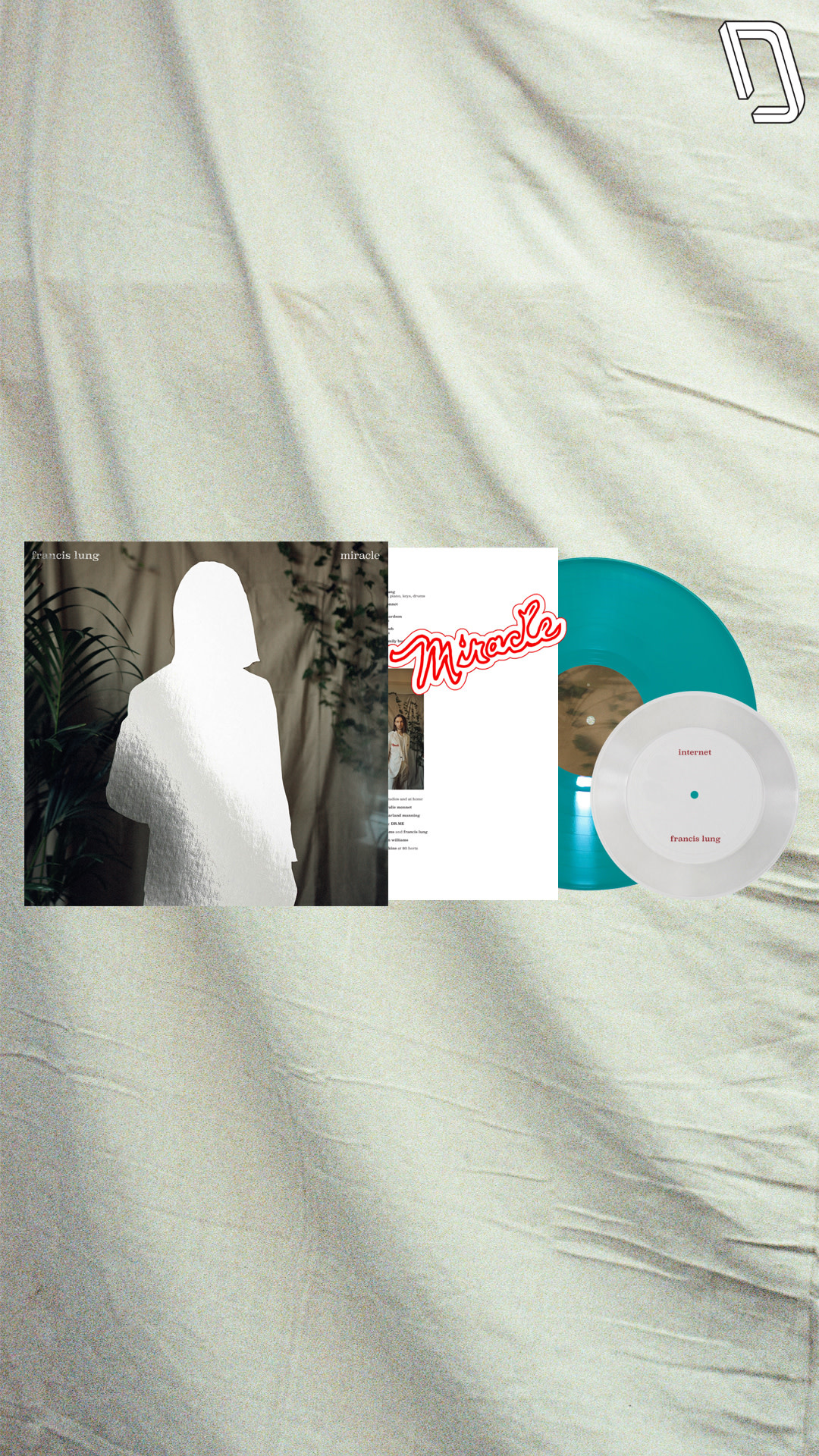 Dinked edition: Limited to 500 hand numbered copies on mint green coloured vinyl in an alternate mirror board sleeve, includes and exclusive flexi disc and miracle patch. Miracle is the new album from Manchester singer songwriter Francis Lung. The album opens with Bad Hair Day, a relentlessly catchy—and deceptively upbeat—ode to hangovers and missed connections. “I’ve been calling on you all night /But I never get through, I just get in the way” Francis laments; “I am a cloud in the sun’s light/Whatever I do, whatever I say.” Elsewhere, the title track finds him pondering the fickle nature of the music industry: “I think of Miracle as acknowledging and even encouraging the feelings we’re not supposed to succumb to - giving up, giving in - just because it can be comforting to hear it from someone else. ‘Why am I climbing these social ladders and jumping through the hoops of this creative industry? Does this make me happy?’” These themes of longing, and lacking, missing and being missed, reoccur throughout Miracle. “When I die/Will I be missed/Or am I missing the point?” asks Say So; while Lonesome No More, inspired by the Kurt Vonnegut book of the same name, begs the question: if loneliness was eradicated, would we miss it? By confronting these feelings, Francis is able to move forward, as triumphant album closer The Let Down proves. Its lyrics serve as a call to action, as Francis wills himself (and the listener) to ‘Get up/Get something going/Do something, do it/Do it now’. Miracle was produced by Francis in collaboration with Brendan Williams (Dutch Uncles, Matthew Halsall, Kiran Leonard) and Robin Koob (who co-arranged and performed strings). The opportunity to take creative control was one Francis relished. “I’m quite bad at delegating” he admits, noting that he played every instrument except strings on Miracle. The result is a cohesive, deeply personal record, which is as vital as it is vulnerable. “I don’t want to be defined by my anxiety, my depression or any history of substance abuse,” Francis says, “but I do want to reach out to other people who have had similar experiences, especially if it’s in a way that helps them feel a little better. To me, this music is celebrating healing as much as it focuses on the darker sides of the human psyche.”