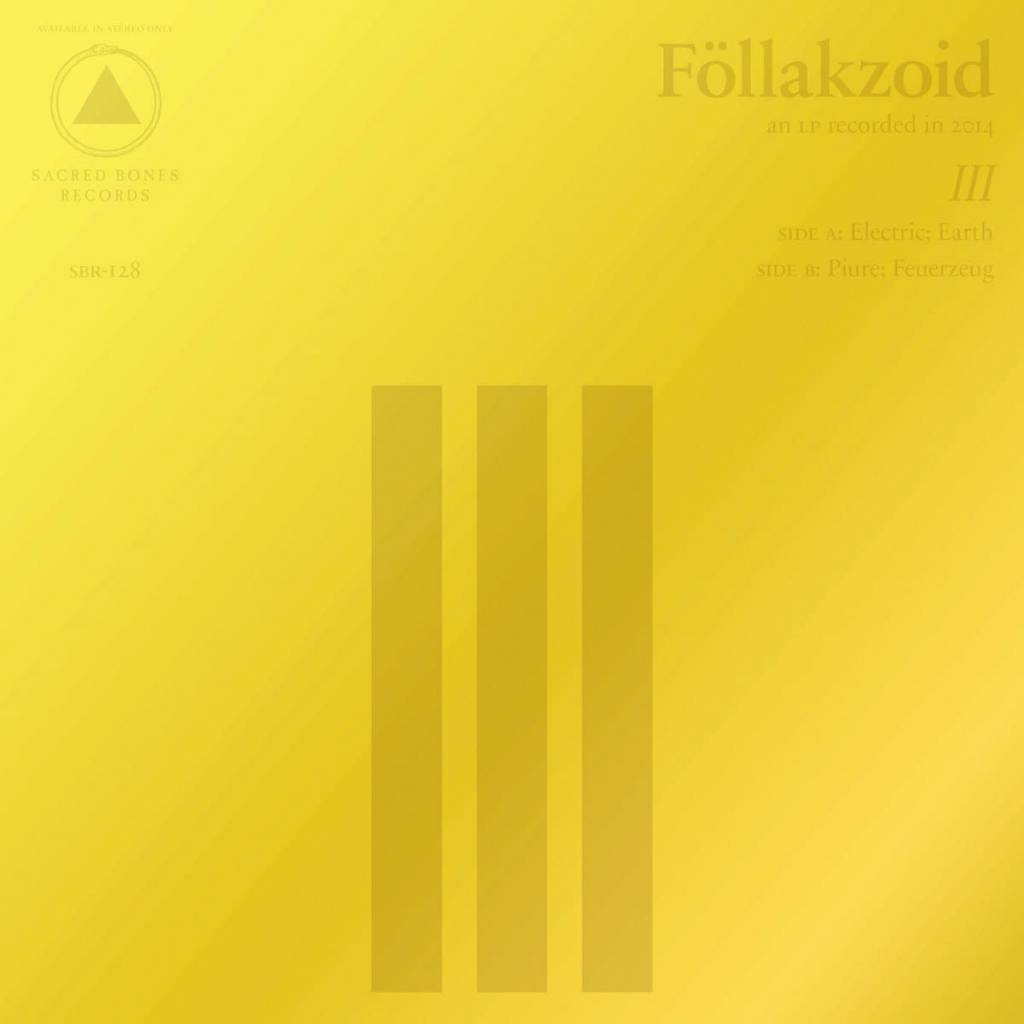 For III, the band wanted to expand their sound while building an atmosphere with mainly monochords and reiteration. After recording and mixing the album on their own at their studio at BYM Records, they partnered with German electronic maestro Atom TM to flesh out the album’s synth parts. Most of the sounds he provided were atonal electronic sounds, aiming for concrete frequencies and sampled organic glitches. (The Korg synthesizer Atom TM plays on this record was used by Kraftwerk on tour in the '80s.)

III is a four-part minimal sound voyage in which you can hear Föllakzoid’s musical language developing into something more upbeat, obscure, and sharp, yet even simpler in terms of elements.