Foals - Everything Not Saved Will Be Lost Part 2 (Coloured Vinyl) 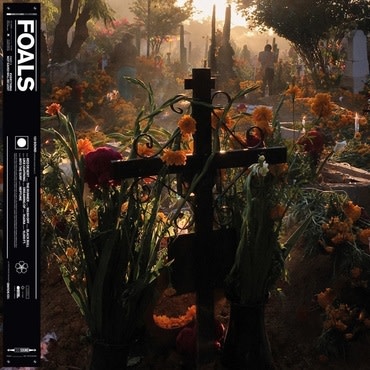 Orange Coloured vinyl. Foals’ creative ambition for Everything Not Saved Will Be Lost – Part 1 resulted in a striking state-of-the-world-address of an album in which apocalyptic lyrical themes were equalled by the sheer impact of the music. It emerged as an immediate album of the year contender, with many hailing it as the finest moment in a consistently critically- acclaimed career. Now Foals complete that artistic statement with the release of Everything Not Saved Will Be Lost – Part 2. Part two is a heavier listen, the guitars are more emphasised and there’s some big riffs on it. Part one ended with a lot of fire and destructive imagery, part two is trying to respond to that: how you can continue in the wreckage and through the scorched earth? Whereas Part 1 melded Foals’ disparate influences into a thrilling melting pot of sounds, much of Part 2 simmers with pure visceral intensity. The Runner and Black Bull are streamlined attacks, with vehement rhythmic onslaughts the foundation for even bigger riffs. It’s an approach that also informs 10,000 Feet, as it lurches ominously from dreamy soundscapes into a heavyweight collision of post-punk and psychedelia. Yet Part 2 also echoes the opening chapter’s eclectic nature. The cinematic instrumentals Red Desert and Ikaria underline that Everything Not Saved Will Be Lost is a journey rather than a mere collection of songs, while Wash Off marries manic world music-tinged grooves with a punk-like intensity. And while Part 2 extends its predecessor’s exploration of contemporary concerns – toxic masculinity in Black Bull, humanity’s dependency on tech in Wash Off – the overall tone is set by The Runner, which hones in on the importance of fighting back against the odds. That defiance detours into tenderly romantic territory with Into The Surf before the 10-minute Neptune – somehow feeling like both a requiem and an elegy – brings proceedings to a close in exploratory yet emotive style.