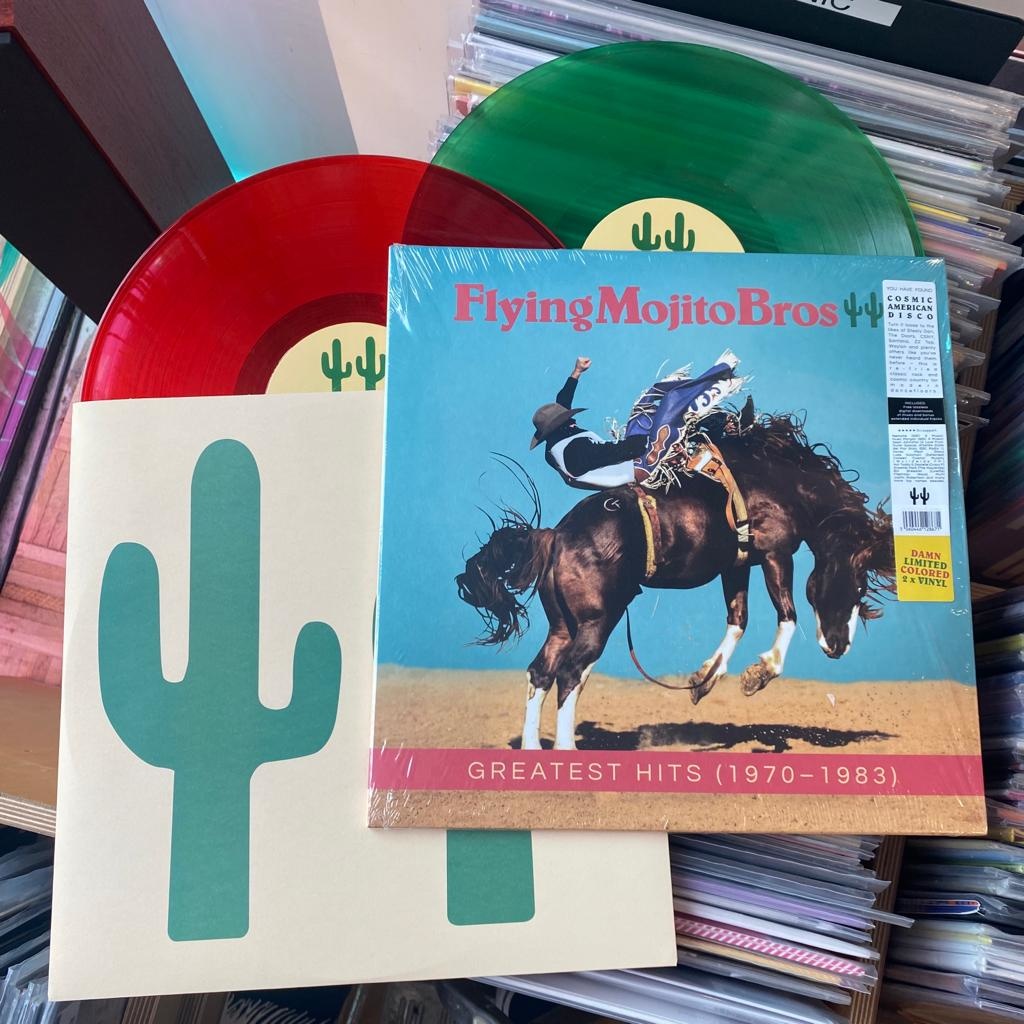 Cult DJs/producers Flying Mojito Bros have pressed a super-limited double compilation of their most celebrated releases to date plus an exclusive new track. Known as the go-to guys for reworking all things Classic Rock and Cosmic Country, their much-demanded party weapons have been sucker punching dancefloors for the past few years and it’s about goddamn time they were put together in this beautiful vinyl package. The release features 15 tracks, loosely mixed to offer a continuous listen in line with FMB’s famed mixtapes, but also allowing DJs to beatmix as they please. With only 500 units available worldwide, these will sell in a flash and become treasured artifacts.

While the re-edits masses repeatedly pick over the bones of soul, funk and disco, acid cowboys Flying Mojito Bros have created a name for themselves in looking uniquely to the vast, sun-baked, dust-caked libraries of Americana, Country and AOR for inspiration.

Cosmic American Disco? Americana House Music? Whatever you call it, the FMB sound gloriously evokes the first summer of love meeting the second – re-imagining the likes of ZZ Top DJing the Haçienda, the Orb at Woodstock, or, fuck our best boots, Kenny & Dolly raving at Fabric.

In addition to their current ‘Relatively Clean Ravers’ residency at The Social, FMB have found their DJ sets – always with a fat slab of unreleased new edits kept back for their own exclusive use – to be a hit among party people all over. Their music has turned party people loose in clubs, parties, poolside and late-night festival tents as far as Glastonbury, Bestival, Pikes Ibiza, Austin City Limits and beyond.

The duo are no shrinking violets when it comes to visual art either: Whether DIY or through close artistic collaboration with the right brands, they’ve used their striking FMB brand to sell out many a limited run of cassette and merch drops, working with the likes of Vinyl Ranch, Ibiza Sonica, Patrón, Tito’s and Hikerdelic. What’s more, the trippy live visuals they’ve devised for their DJ sets elevates the music further still.

Flying Mojito Bros have seen over a million streams worldwide and are priming a mushrooming US fanbase for a long-postponed, much-demanded 2023 headline DJ tour taking them from Texas to California. And if that’s not enough, original productions are in the making too. 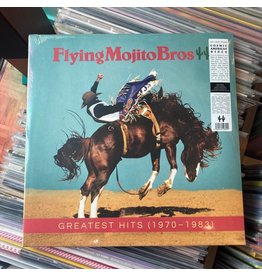 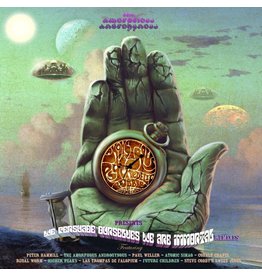 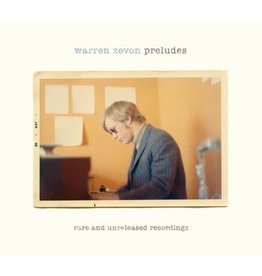 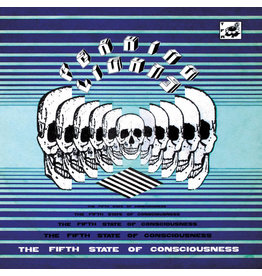 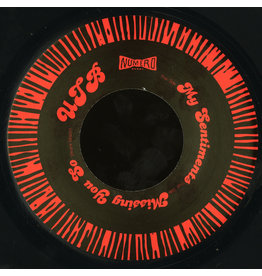 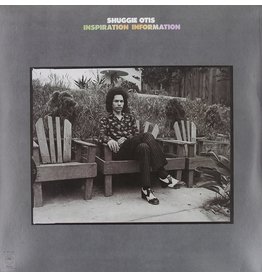 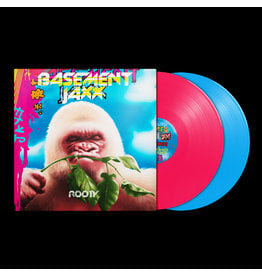