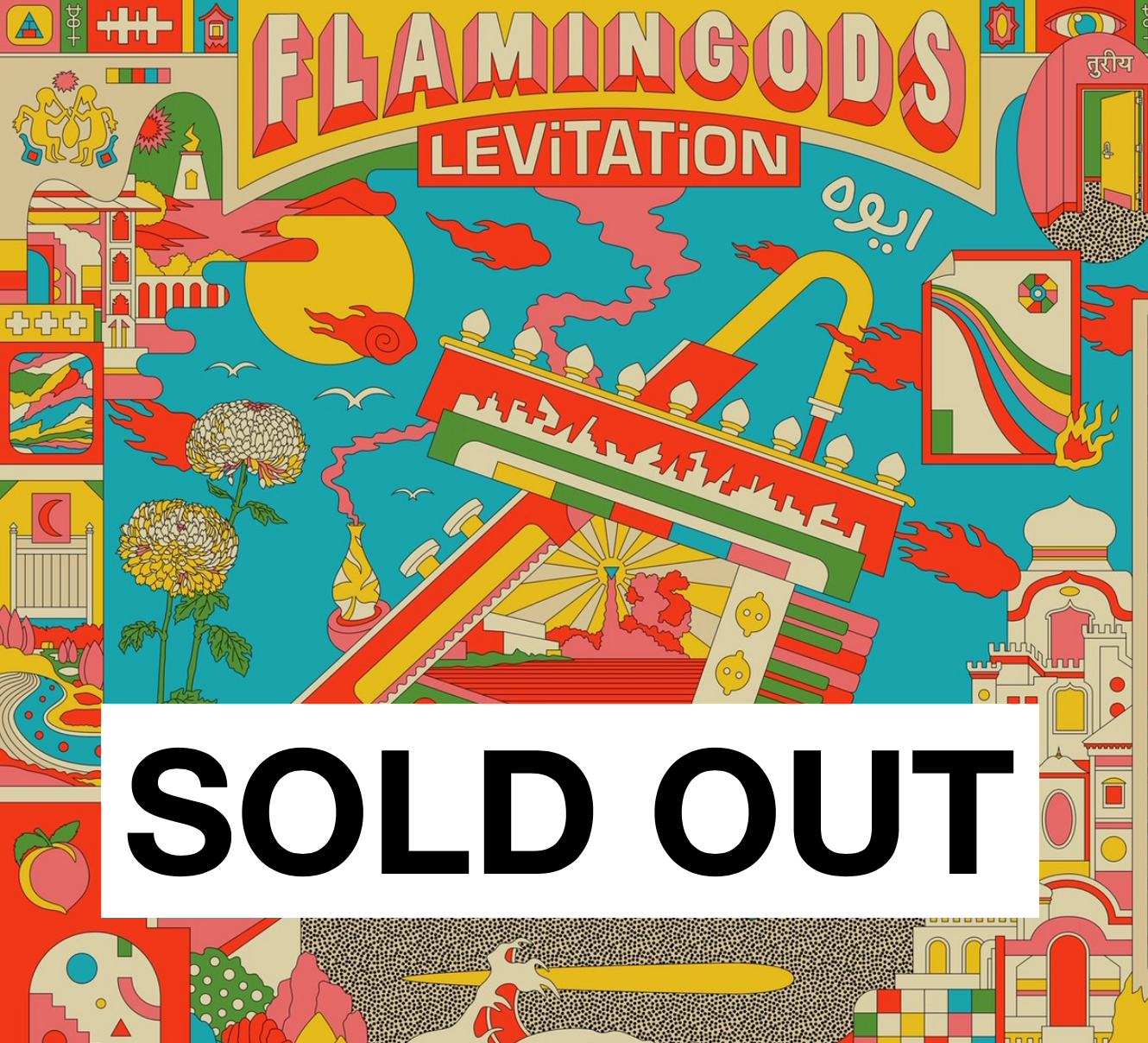 International psych explorers Flamingods are back with brand new album Levitation coming out on via Moshi Moshi Records. Inspired largely by the disco, funk and psychedelic sounds coming out of the Middle East and South Asia in the 70s, the album channels these influences through a vision soaked in mysticism, positivity and sun-drenched imagery. During the process of writing and recording Levitation, Flamingods for the first time in four years found themselves living in the same continent, it’s this new unified feel that defines the confident and eclectic sound of the album.

Levitation is the follow-up to Flamingods’ breakthrough 2016 album Majesty and follows their Kewali EP release for Moshi Moshi in 2017 and a one-off release with Dan Carey for his Speedy Wunderground singles club. During this time they’ve performed live sessions at 6Music (with Gilles Peterson & Lauren Laverne), KEXP, Boiler Room and have been travelling the globe spreading their exotic psychedelia to the masses and getting people dancing from Austin to Amsterda.