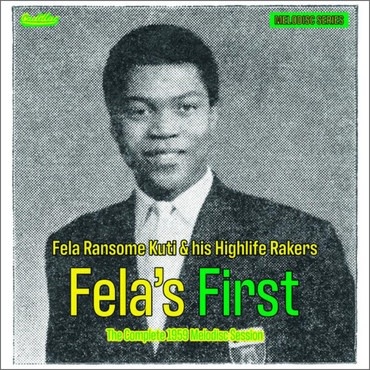 Legendary Afrobeat pioneer Fela Ransome Kuti's first recordings of highlife and calypso, recorded in London in 1959, on a limited edition 10". Two of the tracks are released here for the first time ever!! The tape of the very first Fela Ransome Kuti recording session has languished in a series of dusty cupboards and damp basements for 60 years. It's a miracle that it has survived in such fine condition. The original Melodisc single, comprising side A of this release, was for long thought lost until a copy of the session acetate turned up and was reissued as part of the superb Soundway compilation Highlife on the Move (2014). However the two tracks on side B of this album have never been issued in any form and are reproduced here in all their glory for the very first time!