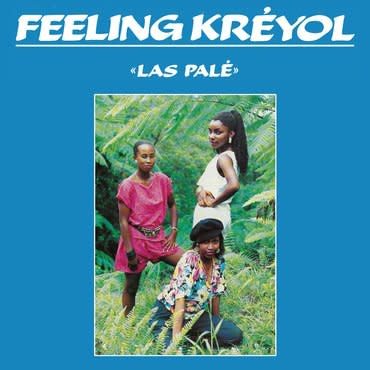 Strut present the first ever international reissue of in-demand ‘80s zouk LP Las Pale by Feeling Kréyol, out of Guadeloupe. The title track Las Palé was the lead track pushed as a single and achieved modest success domestically. The band did a few promotional performances in the island’s discotheques but, in the end, the album stalled. Although Las Palé turned out to be Feeling Kréyol’s only recording, the interest in the album has grown in recent years with the title track’s lo-fi charm finding its way into sets by Invisible City and onto Red Light Radio and more. This first full reissue is remastered by The Carvery and features full original artwork along with a new interview with the records mastermind Darius Denon.