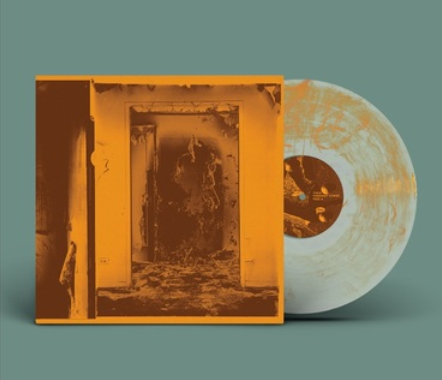 Chicago trio FACS never stop pushing forward; they’ve honed and refined their stark, minimal scrape and clatter for four years and counting, having risen out of the ashes of beloved Chicago band Disappears in 2018 with the bone-rattling intensity of Negative Houses. The trio return in 2021 with Present Tense, their fourth album and perhaps their sharpest statement as a band.

Opener “XOUT” barrels forward like a tank, with Case’s guitar chiming like warning bells, until the climax comes crashing down, glitching out near the close. “Strawberry Cough” comes next, its fusion of corporeal playing and stately, electronic heartbeats punctured by random bursts of noise or backwards masked sounds. “Alone Without”, a track originally recorded for Adult Swim’s 2020 singles series appears next in different form; more menacing and serpentine. Side two opens with “General Public”, taking the loud/quiet dynamic as a jumping off point for the song’s unsettling seasick vibe. ‘How To See In the Dark” offers a brief respite, with its persistent, dark quietude that lingers until the song’s end. “Present Tense”, the album’s title track, offers up its first truly weird moment mid-song when the song changes mood distinctly, and the music drops out save for Case’s guitar and vocals. The album’s final track, the densely packed “Mirrored”, begins with a restrained, post-rock shuffle. The mind-scrambling cacophony that comes next takes its time to roll in, but once it does, it comes in waves, flipping back onto itself multiple times until it’s folded into oblivion. 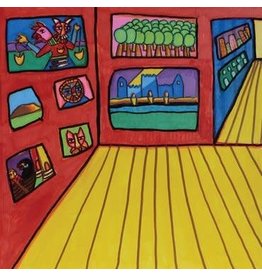 Purple vinyl. New Haven quartet ’s eighth album (third for Trouble In Mind). Mountain Movers arguably are the perfect band for all the true “heads” out there.
Mountain Movers - World What World (Coloured Vinyl)
£19.99
Please accept cookies to help us improve this website Is this OK? Yes No More on cookies »