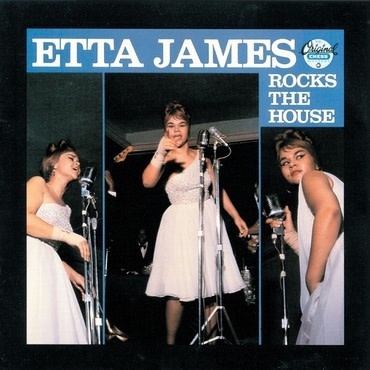 Repressed for the first time in a while. Etta James historic live recording from 1963! On stellar Blue vinyl, with the original album artwork and including 3 bonus tracks. Best known for the lush 1961 rendition of the ballad At Last – a slow-dance staple at wedding celebrations everywhere, she is also celebrated for having recorded one of the best live albums of all time, Rocks the House. Recorded in 1963 at the New Era Club in Nashville, James is captured at her performance peak. The foundation for her reputation as a fiery no-holds-barred performer was firmly established in this recording. Blues, soul, jazz, R&B, and rock vocalist Etta James, needs no introduction. An icon from early rock’n’roll’s pantheon of divas, she has inspired 5 decades of listeners and fellow artists with her vocal stylings. From Janis Joplin to Beyonce, her expressive and guttural style has been imitated but never quite matched. Jackpot Records is honored to release this momentous record on stellar blue vinyl, with the original album artwork and including 3 bonus tracks which have only ever been released previously on CD. Her powerful version of Something’s Got a Hold on Me will shake you. Her impassioned version of All I Could Do Is Cry, will break you.