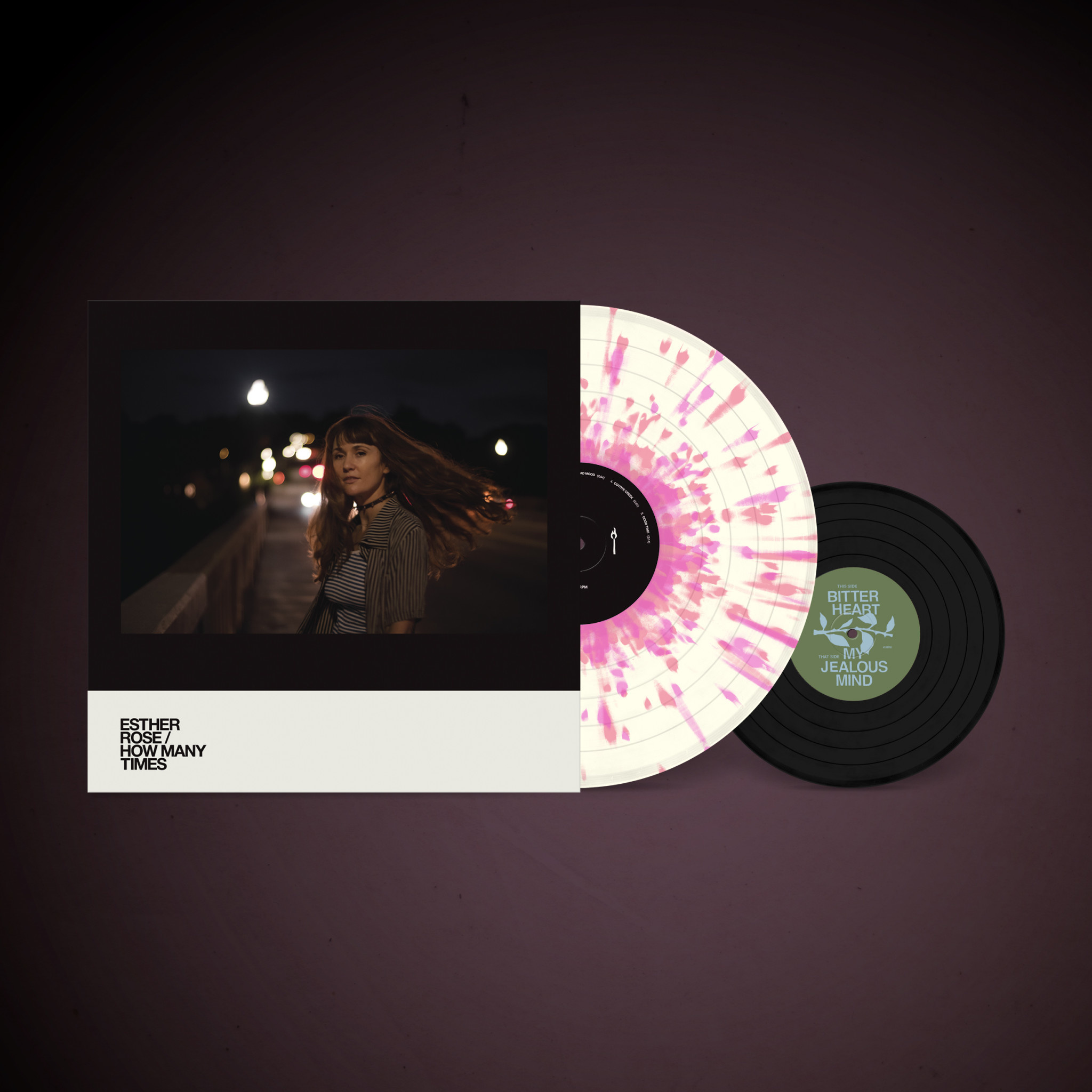 Dinked Edition: hand numbered limited edition of 350 copies on pink and white splatter vinyl plus and exclusive 7" with two bonus tracks. Esther Rose was in perpetual motion when she wrote How Many Times. In the span of two years, she moved three times, navigated the end of a relationship, and began touring more than ever. The New Orleans-based singer-songwriter used that momentum while she penned her third studio album. That’s why, as the album title’s nod to the cyclical nature of life implies, there’s a rush that accompanies How Many Times as if you’re experiencing an awakening, too. “That’s how I untangle what’s on my mind, by going off for a walk into wild places. That’s what makes this album a country album,” says Rose. “It’s not really just about feeling better, it’s about feeling it, whatever it is.” If Rose used time to frame the stories on her 2019 sophomore album You Made It This Far, then she’s swapped that clock for a heart monitor on How Many Times. While some may look outward and lament over hard times and bad luck, Rose turns inward. Instead of blaming an ex for failing to juggle her reactions on My Bad Mood, she examines her own blind spots where she hopes to improve as a partner. When her car’s engine blew up during an impulsive “pitstop” in Nashville, she wrote Good Time not to rue misfortune, but to toast her own recklessness. After losing her nerve and fleeing a New Year’s Eve date by bicycle half an hour before midnight, she immediately penned Are You Out There, confronting her fear of letting go and moving on. With the integrity of Dean Johnson, Faustina Masigat, and Kiki Cavazos serving as primary influences, Rose expands her alt-country sound into a blossoming world of folk pop, rustic americana, and tender harmonies. “They’re the holy trinity of songwriter magic,” she says, “and when I listen to them I feel like I can explore my own heartache.” Creative touches add detail throughout the album. She uses a 1962 Gibson ES-120T, her first semi-hollow body electric guitar, to play unplugged for a distinct tone. On Mountaintop, she includes a blustery voice memo recorded at the summit of Mount Philo, an homage to the field recording in a Bright Eyes song she holds dear. From Coyote Creek to Without You, Rose’s compelling voice is ferried masterfully by the musicians that join her: Matt Bell on lap steel, Max Bien-Kahn on electric guitar, Dan Cutler on upright bass, Cameron Snyder on drums, and Lyle Werner on fiddle. A collection of complete takes recorded live to tape with rich instrumentation, soul-tugging hooks, and resonating vocal melodies, How Many Times carries you into the room in which it was made. There to help realize this was co-producer Ross Farbe of synthpop band Video Age, who Rose also credits for bringing a stereo pop glow to these new songs. The album opens with Rose reflecting on the mundane as she drifts around her house in How Many Times. She wrote it in a night of intentional sobriety, choosing to address directly emotions she had been avoiding until then, a theme that’s apparent throughout the record. "How Many Times shows that ‘face it’ moment: opening the fridge, staring down the bottles, opening a laptop, just bouncing around the house before you finally make room to face the pain and be with it,” she says. “I remember walking trancelike to my writing table thinking, No numbing tonight. I’m going to sit here and look at it.”