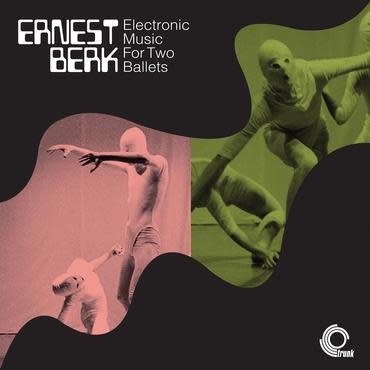 There are very few Ernest Berk recordings. As a pioneering ballet dancer, instructor and electronic music artist he was surprisingly prolific. He made music for all sorts of uses – he even made library music – and of course this very album of his music for two of his ballets. Towards the end of his life Ernest Berk gifted his entire collection of works, tapes, documents and all to the Historical Archive Of The City Of Cologne. Tragically, in 2009, a large part of the archive collapsed (due to the construction of an underground railway) destroying 90% of the everything. Berk’s tapes have tragically never been recovered. They are assumed lost forever. So these two recording – issued privately circa 1970 – remain precious to say the least. There were no masters, this new pressing was simply transferred from the original copy held by his family. Trunk have done their best to restore the sound. They have also reproduced the original notes, and from what they can gather this album may well have been pressed and given away as promotion for the Dance Theatre Commune. The original album came with a small piece of paper with a geometrical squiggle stuck on the front. Trunk have constructed something a little more complex to give a hint of Berk’s life and important work.