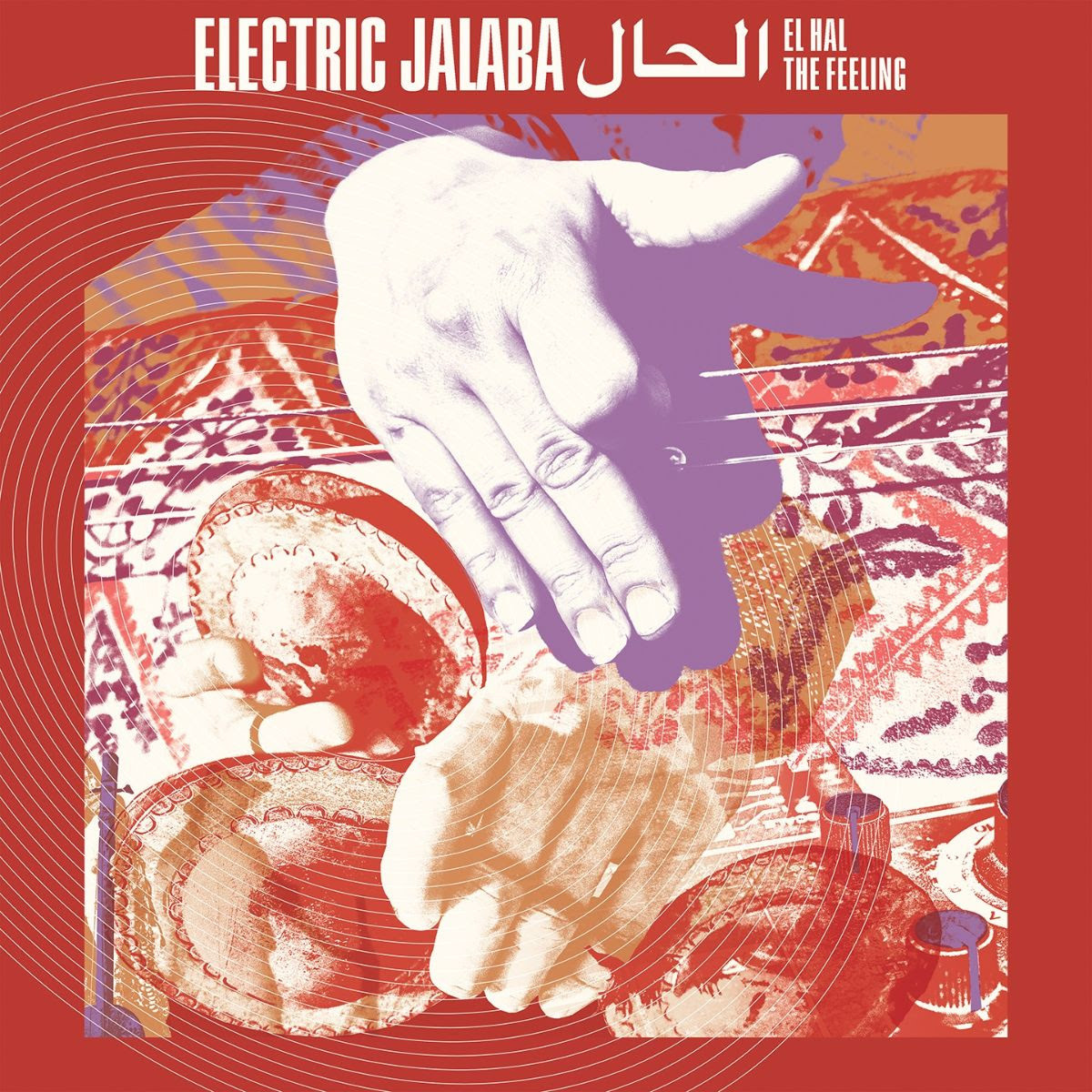 Electric Jalaba comprises six accomplished musicians with an empathy that feels telepathic and a groove that immerses. In Arabic, the mother tongue of Moroccan-born singer and guimbri player Simo Lagnawi, a leading practitioner of Gnawa music in Britain, they call this indefinable quality, "El Hal” – “The feeling”. “It’s the feeling that comes when we’re playing and totally forgetting where we are,” says producer and bassist Olly Keen. “The feeling of being grabbed by the music and lost in the groove.” El Hal / The Feeling is the new third album from Electric Jalaba and their first release in five years. It’s a multi-faceted work that finds the band tighter than ever, deploying a vast cache of influences across nine tracks improvised and developed in their south London studio then deftly produced by Keen. Some tracks pay homage to the origins of Gnawa music, whose repertoire of Arabic-language praise songs contains remnants of West African dialects – Bambara from Mali, Fulani and Hausa from the Sahel region – that point to a centuries-old migration. “The trance-inducing effect of Gnawa was what hit us first. It was visceral, heart stopping,” continues Olly, whose siblings – producer / keys player Henry Keen, guitarist / multi-instrumentalist Nathaniel Keen and singer / multi-instrumentalist Barnaby Keen – make up Electric Jalaba alongside revered Anglo-Italian kit drummer Dave De Rose and Simo on vocals, krakeb and guimbri. “Simo selected the chant from the traditional song suites and, as a band, we extended these short pieces of ceremonial music and experimented with sound and structure,” explains Olly. Tracks include the Juno-led dancefloor single Cubaili Ba, Agia Hausa, a multi-layered wig-out that partly takes its inspiration from Senegal’s fiercely percussive mbalax rhythms and Daimla, a gloriously dubby ode to Allah and iconic maalems including the late Mahmoud Guinea. “There’s a very strong rhythmic element within the band but because of our different perspectives but the melodic components are really unique as well,” says Henry. That feeling of being outside of yourself but totally within yourself at the same time… That’s what all of us, collectively, are striving for.”