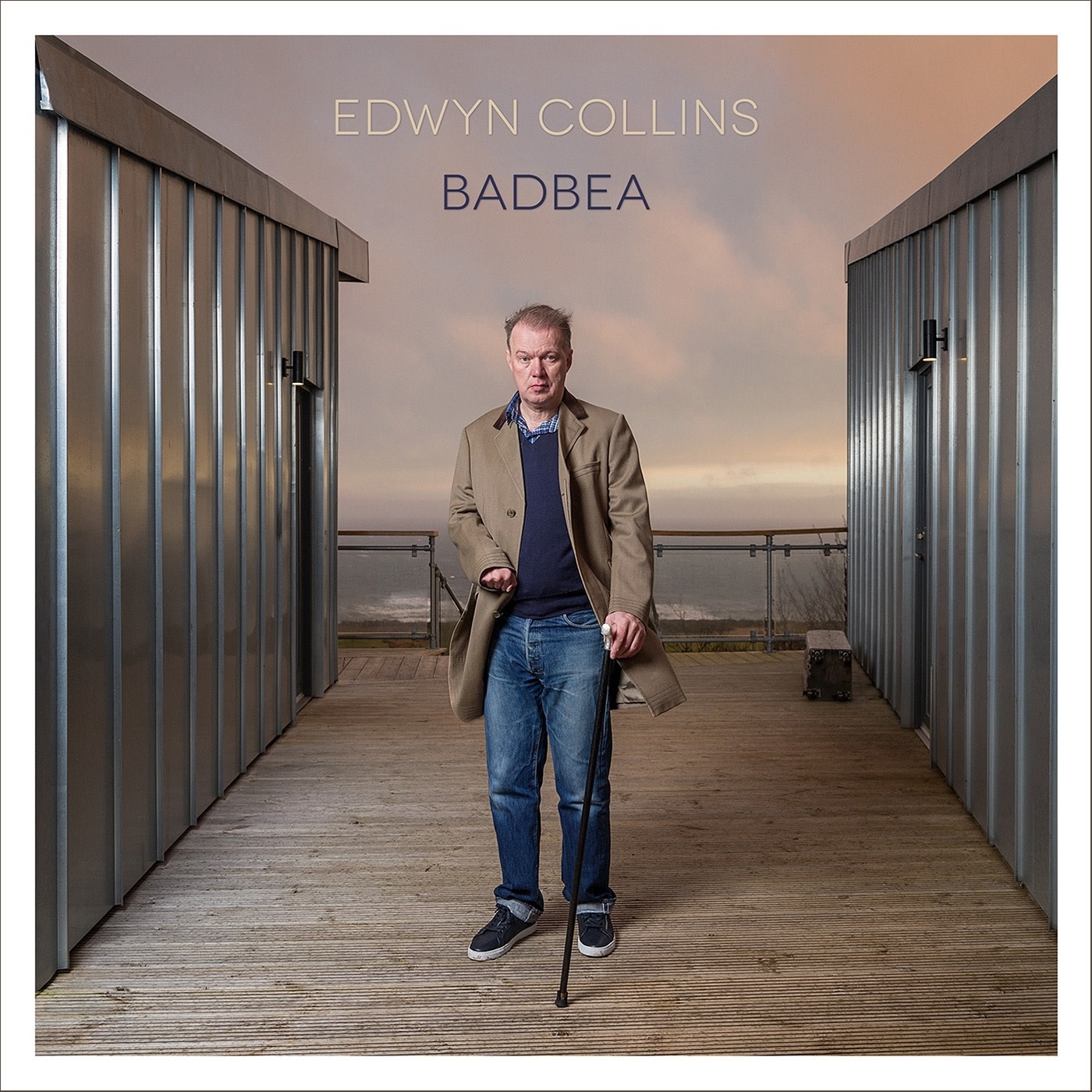 Edwyn Collins releases his 9th solo album, Badbea, released on his own label, AED. Having released his last album, Understated in March 2013, Badbea is his first release since moving both home and studio to Helmsdale on the North East coast of Scotland in 2014. Building a new studio from scratch, the impressive Clashnarrow Studios which sits on the hills overlooking Helmsdale, Collins completed work on Badbea with co-producer Sean Read (Dexys, The Rockingbirds) and long-term musical cohorts Carwyn Ellis (Colorama) and James Walbourne (The Pretenders / The Rails). In part inspired by his return to the village where his grandfather lived, and somewhere Edwyn spent time over the years, the album title itself, and title track, are taken from and inspired by Badbea (pronounced badbay), a dramatically located abandoned village on a cliff top five miles north of Helmsdale with a history defined by the Highland Clearances of the 18th and 19th centuries. Elsewhere on the album there are poignant moments of reflection, northern soul ‘stompers’ in the classic Edwyn Collins tradition, tracks remembering past times with Orange Juice and lyrics inspired by the discovery of over 30 old pre-illness lyric books unearthed while ‘de-cluttering’ before the move back to Scotland. His fourth long-player completed since 2005 when he suffered two strokes (it follows Home Again 2007, Losing Sleep 2010 and Understated 2013), Badbea is an eloquent and contemplative document of his remarkable and on-going rehabilitation.