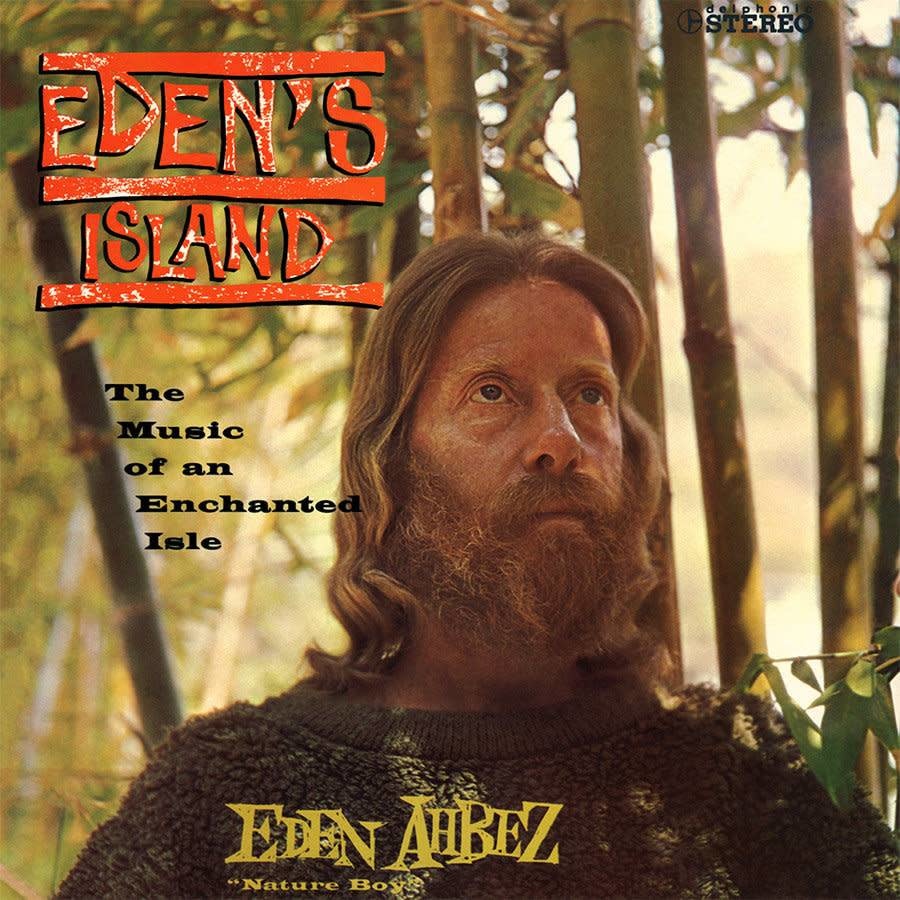 An epic concept album about an utopian society living in peace and harmony on an island far away from the modern western world as we know it. And indeed we find many trademarks of the prototypical exotica music beginning with this relaxed groove combining easy listening swing and Latin patterns, peaceful, dreamy and even transcendental vocal melodies, tinges of folk music from around the world including powerful dances and a whole colour palette of mind expanding sounds giving the whole music an even greater depth and width. The latter being created entirely with real instruments such as Eden Ahbez' wood-flute. Some tunes are rather gentle and relaxed with the lyrics being narrated which adds much to the epic feel of the album. Since this is a really unique effort, I cannot really compare it to any other musical piece of the genre but definitely recommend it to exotic aficionados who for example love Frank Hunter's "White goddess" album from 1959. Psychedelic music before the term was even invented.