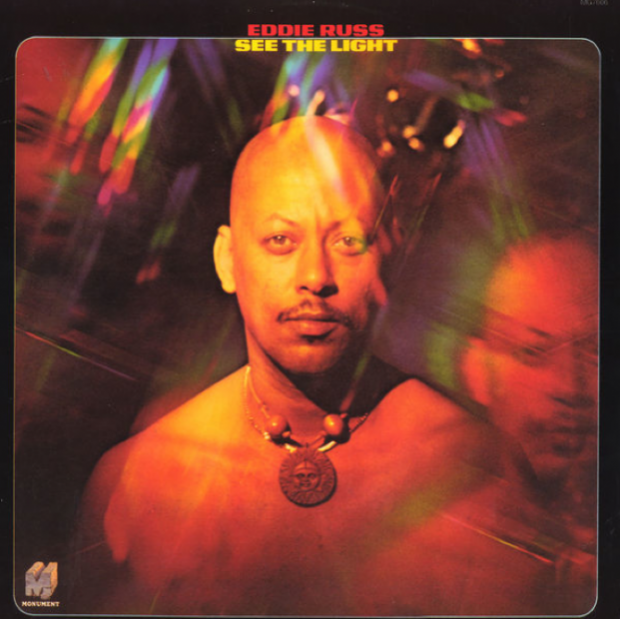 Keyboardist Eddie Russ hailed from Pittsburg and played with many of the greats including Sarah Vaughn, Benny Golson, Stan Getz and Dizzy Gillespie. Eddie is somewhat of an enigma, but he has always been held in high regard in the UK, and he finally was able to perform here in London at the Jazz café in the early 90’s a few years before his untimely demise. His debut album Fresh Out was recorded for the Jazz Masters label and includes the jazz dance classic The Lope Song, he also contributed heavily to Sonny Stitt’s Tornado album on that label. His band The Mixed Bag also made an album for the Detroit Tribe label. In 1976 he signed to John Richbourg’s Sound Stage 7 label and made two great jazz funk albums which were released on the Nashville’s Monument label and like his debut were produced by Bob Crawford. From this first album See The Light the title track is a great take on the Earth Wind And Fire song, Poko Nose is a great funky groove oriented track, but it is the magical Zaius that has become an all time jazz funk classic, a track that has maintained its popularity over the past 40 years. The Monument albums include some great musicians including Marcus Belgrave and Larry Nozero, and on the Take A Look At Yourself album Motown’s Eddie Willis, a very young Kenny Garrett and the funk group Quazar.