Eddie Harris - Plug Me In

Home / Eddie Harris - Plug Me In 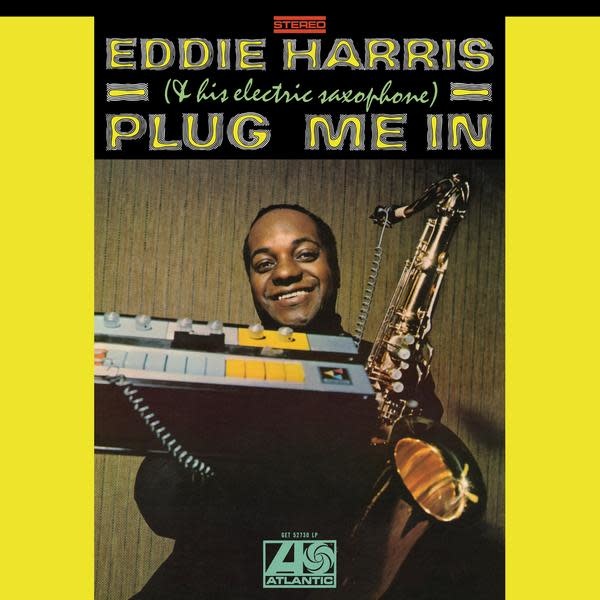 Saxophonist Eddie Harris – a favorite sample staple of jazz-leaning hip-hop producers of the ‘90s – was a very busy man in the 1960s, releasing albums at a brisk pace since his first as a leader in 1961. By the late ‘60s he had fully hit his stride, as both a performer and an innovator. A case in point is heard very clearly on this gem from Harris’ expansive catalog – 1968’s Plug Me In, which features his pioneering use of the Varitone saxophone effects processor unit (first heard on his 1967 album, The Tender Storm). The effect, used on It’s Crazy and Ballad (For My Love) never gets in the way, but gives the proceedings a feeling of “the next.” 1968 saw jazz entering a new era, influenced by electronic advances as well as the soul music dominating the pop charts of the day. Plug Me In slid perfectly into the vanguard of the day. There is a soulful warmth to the proceedings on this classic LP, starting with album opener Live Right Now, which builds and swirls to a beautiful crescendo, with notes ricocheting back and forth amongst a top level crew of players including Jodie Christian, Chuck Rainey and Richard Smith. Lovely Is Today and It’s Crazy also feature waves of sunshiney brass and group interplay, alongside album ballads like Winter Meeting and Ballad (For My Love). Eddie Harris’ catalog can be daunting, considering his impressive input throughout the 60s and 70s, but there’s a reason fans old and new come back to Plug Me In again and again. Innovation and soul is a combination that never fails, and this reissue is destined to bring more fans into the fold.