Early B - Four Wheel No Real 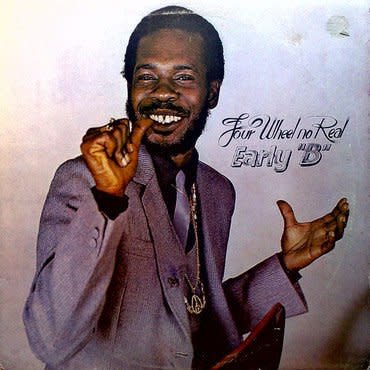 Reissue of Early B’s rare second album for Nkrumah Thomas’ Midnight Rock label. This is a classic dancehall set. Featuring The Roots Radics and produced by Jah Thomas, this album was only available for a short time in the mid-80s. Over a some very impressive rhythms Early B develops his lyrical style on classics such as New York Party, Call The Doctor For Me and the title track. The album is housed in a super-slick cover that has Early B showing off his three-piece suit on the front with a Wilfred Limonious illustration on the back.