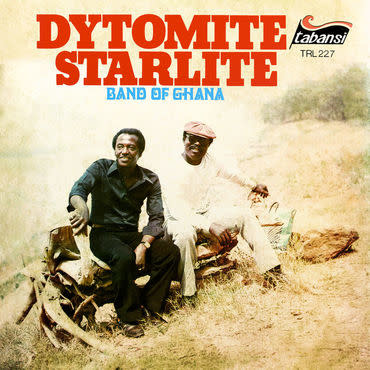 An extremely rare, never-before-reissued, in-demand set by an unknown, single-album band from the early 80s, recorded in Nigeria’s Tabansi studios by an augmented Ghana highlife band. So, who plays and sings on this beautiful collection? Unfortunately little can be gleaned from the original sleeve, which features a picture of only two band members on the cover and no credits or notes whatsoever. The vocals are ‘pure Ghana’, but our guess is that some of the keyboard parts are taken by Tabansi’s peripatetic production genius Jake Sollo- who may have had a part in the characteristically clean production and engineering, too. And it wouldn’t be surprising if a handful of the Tabansi Studio Band- the incredibly versatile Martins Brothers and cohorts thereof - found their way into the mix somewhere along the line. The music? Varied cuts of classic late 70s/early 80s Accra highlife, as well as South African township jive-flavoured horn sections and Afro-Cuban clave –patterns. First ever reissue for this ultra-rare 80s West African masterpiece.