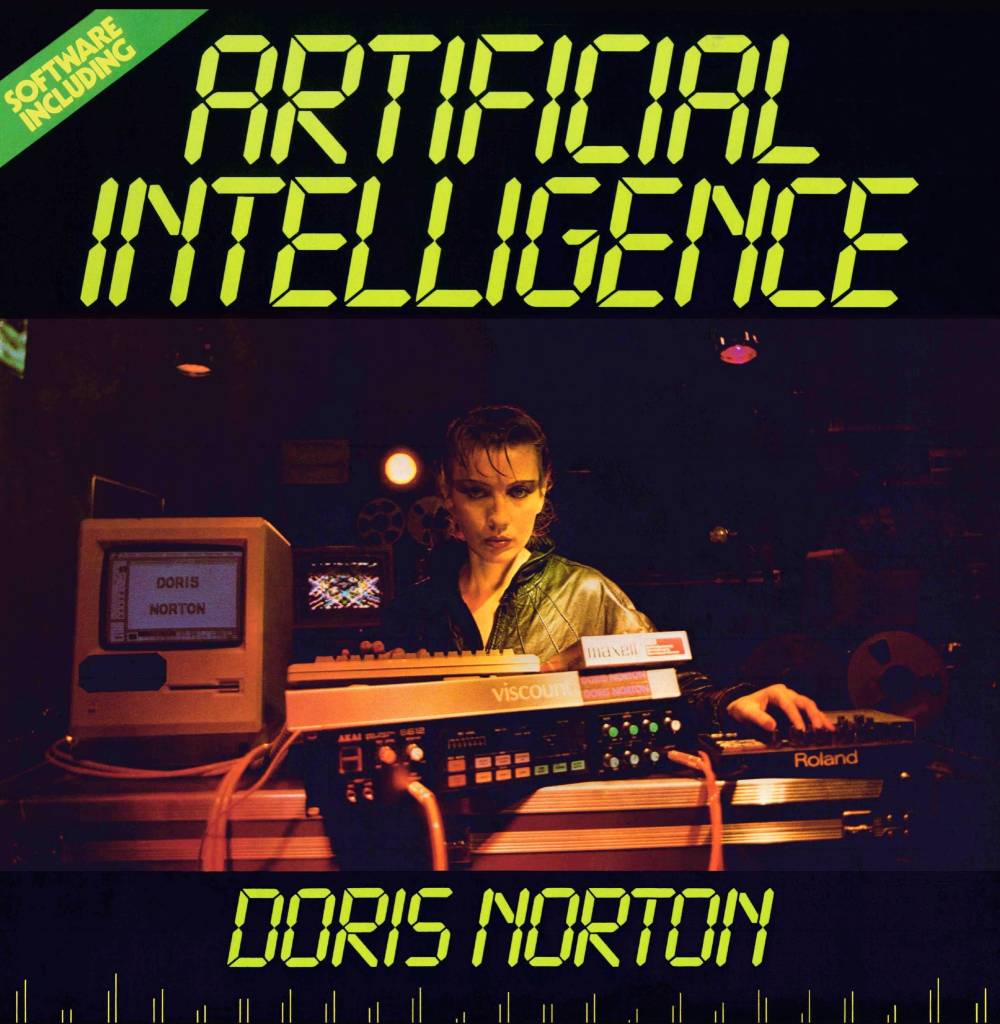 Apple's first music "endorsement" (later IBM consultant) and early Roland affiliate, Doris Norton is one of the most important women pioneer in the use of synths and in the early electro / computer music. While the beat-oriented style of Norton’s music aligns her with such global fellow-travelers as Yellow Magic Orchestra and Kraftwerk, her championing of the personal computer as a tool for self-sufficient musical creativity also connects her to more artsy musicians such as Pietro Grossi, Laurie Spiegel, and the League of Automatic Music Composers. Norton’s predilection for the bright, glossy timbres of early digital instruments also recalls Hubert Bognermayr and Harald Zuschrader’s bizarre 1982 one-off Erdenklang. A year after Personal Computer, Doris Norton released Artificial Intelligence (previous title: From Art-Physiol to Artificial Intelligence, changed before publishing) in 1985, setting a step up in her deep electronic music research and innovation. The whole album was composed and programmed only with the alfanumerical keyboard of the computer. The total of the notes and coded events takes to the number 124.648: of these 123.827 were coded with 'step time' procedure and the rest with real time procedure. Having done reduced the keyboard Doris Norton used only an hexaphonic JX.8P with memory processed by her and interfaced to the computer. No drums were used, neither electronic nor much less acoustic. All the rhythmics were obtained by A.D.A. conversions and processing of wave ranges and with the use of expanders with a very special handling of envelopes, frequency, resonance, noise. Doris Norton fed the computer the parameters of vowels and consonants of her own voice, like A, O, U, E, D, N, through an A.D.A conversion card; by processing these values and assembling them in phoneme in hundreds of different combination, various compressed resolutions she was able to make the computer sing a complete song in a totally human way (with the voice of Doris). Many other yxith sounds resulting from A.D.A. conversions are present in this new album Artificial Intelligence, amongst these: pipe organ, plate, electric discharge, iron beat, birds, dog, harp, woods ...... all sampled and handled by the computer. Artificial Intelligence is a perfect example of how human intelligence can bend the coded 'artificial intelligence' to its own will. ....."