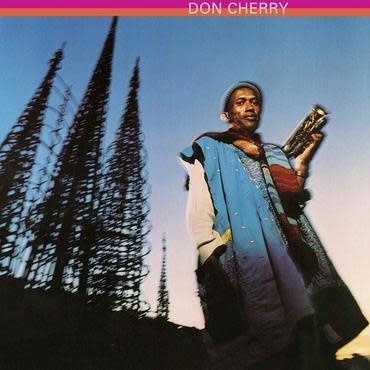 If Eternal Rhythm was Don Cherry's world fusion masterpiece of the '60s, then Brown Rice is its equivalent for the '70s. But where Eternal Rhythm set global influences in a free jazz framework, Brown Rice's core sound is substantially different, wedding Indian, African, and Arabic music to Miles Davis' electrified jazz-rock innovations. And although purists will likely react here the same way they did to post-Bitches Brew Davis, Brown Rice is a stunning success by any other standard. By turns hypnotic and exhilarating, the record sounds utterly otherworldly: the polyrhythmic grooves are deep and driving, the soloing spiritual and free, and the plentiful recording effects trippy and mysterious. The various ethnic influences lift the album's already mystical atmosphere to a whole new plane, plus Cherry adds mostly non-English vocals on three of the four tracks, whispering cryptic incantations that make the pieces resemble rituals of some alien shaman. The title cut has since become an acid jazz/rare-groove classic, filtering Charlie Haden's acoustic bass through a wah-wah pedal and melding it with psychedelic electric piano riffs, electric bongos, wordless female vocals, short snippets of tenor saxophonist Frank Lowe's free jazz screeching, and, of course, Cherry's whispers and trumpet. Closer Degi-Degi works a similarly mind-bending mixture, but the middle two pieces (Malkauns and Chenrezig) are lengthy explorations where Cherry's languid trumpet solos echo off into infinity. Of all his world fusion efforts, Brown Rice is the most accessible entry point into Cherry's borderless ideal, jelling into a personal, unique, and seamless vision that's at once primitive and futuristic in the best possible senses of both words. While Cherry would record a great deal of fine work in the years to come, he would never quite reach this level of wild invention again. Brown Rice's original title was Don Cherry, which was changed a year after its initial 1975 release.